The Death of The Hollywood Superstar 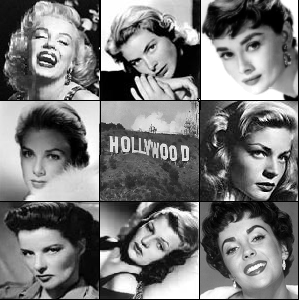 It was sometime ago that Hollywoodland was filled to the brim and boiling over with egocentric, megalomaniacal movie stars all fired up and ready to set your living room ablaze. They were an army of few, A-Listers with twenty million dollar picture deals and blockbuster movies giving them acting credibility even if they didn’t deserve it. Stallone, Shwarzenegger, Bruce Willis, dominated the eighties. We have the great legends of the past Charlton Heston, Kirk Douglas, Brando, Bogart and Jimmy Stuart respected to this day, but who lives up to that legacy? The Michael Jackson’s of today hit the charts with 120k worth of records sold and then burn away like hot ash. We’ve got Justin Timberlake, who seems to be taking the King of Pop’s crown away but how long before the lameness moves in? The celebutants dominating the media’s attention are now all the hype, while all the young’uns in the acting field are going hungry. Ben Affleck was at one point supposed to usher in the new era of what it meant to be a movie star, until he became one Gigli joke. Josh Hartnett had to take the reins in Pearl Harbor but what happened to his star? Yes, these fine actors are making a living and their movies are making some cash, but where are the SUPER stars? Christopher Reeve will go down into history, while anyone besides me and a few others will say Brandon Rooth? Rowth? Routh? Where is that kid? And Han Solo and Indiana Jones? Awesome, but where is Hayden Christianson?

It’s everything and everywhere. Even the ladies. Julia Roberts is now not the major draw, but Reese Witherspoon. I see potential everywhere from Natalie Portman and Anne Hathaway to Scarlet Johansson and Charlize Theron, but still, superstars are now few and far between. Heath Ledger had potential and Jake Gyllenhaal seems to make good choices, and the media is comparing Shia Labeouf to a young Tom Hanks, so there is some sparkle of hope. Brad Pitt and Clooney, Hanks and Will Ferrel are all capable of transitioning between drama and humor, but (besides maybe Hanks) will they be legends? This editorial is an open forum for anyone’s opinion. I am making a broad generalization just to make a point, but what I’d really like is feedback on the idea as a whole. Can Hollywood breed new stars, or will they forge themselves with the reputations come first then follow after. I believe it is a possibility that the studios hype these newbie’s up like a boxing promoter and then most of the time, move on to the newer blood faster then they probably should. Do you remember when a Deniro flick was a once a year event, with Oscar buzz and huge reviews? Then there was Analyze This and That, The Fockers and Bullwinkle. Now it’s Leo D who does one quality film a year, which turns into an event, like Aviator, Gangs of New York and Departed. Matt Damon also is doing well, but again the question arises will these careers become set in stone with “Damn, dirty apes!” or “Say hello to my little friend!”?  I have some hope for Christian Bale, and even think Russell Crowe may be able to win back audiences, as long as quality remains in their decision making. Robin Williams is the Man of the Year and riding in an RV while getting his License to Wed, so he can’t possibly do any more Good Will Hunting.

We need more of these quality performers who know what it means to be a star and not a Paris Hilton, who doesn’t know how to act but can act like she’s a star, which is what fools the media into thinking that is what they are, “Act as if.” More substance to the craft and the lifestyle and less papier-mâché’ faux celebs who blow away in the wind like pillars of salt after their expiration date hits its mark. I want movie star to mean what it meant even as little as twenty years ago, and I want it now. Swinging in on a cool night breeze I hear the tinkling sounds of a hundred bells…Chime away.