Where do they get those wonderful toys?….And why can’t I have them. No, not the replicas, I want the real thing. I want to take these real life, fake sci-fi/fantasy items that I am aware do don’t REALLY exist (Can’t I dream!?) and use them for my pleasure. NO! I’m not going to fight crime, or better humanity or save the day, no, I am going to play with them. Yes, really. And these aren’t the Top 8 Coolest Fantasy Toys of all time….They are the Top 8 Coolest Fantasy Toys I want to play with.

8)The Glaive (Krull)– What better way to take down the whole of Al-Quaida than with the razor edged, boomerang styling of the Glaive!  Yeah! It’s kind of ridiculous to think that when it comes back to my grasp it may chop my hand off, but that’s not the point! Now all I have to do is harness the power of the Glaive and learn the technique of having it return to me when thrown…

7)The Hoverboard (Back to the Future 2)- In 1990, I, like EVERY 10 year old walked out of that movie theater trying to figure out when they would release the hoverboard. 2015 was a long ways away, and now that its even closer to reality (the date), there is still no hoverboards to speak of. So screw the razor scooters and Segways. I want my own pink hoverboard to ride to work everyday. But I can’t cross any water…”Unless I have Powa! Hahahahaha!”

6)Holo Bracelet (Total Recall)–  The fundamentals of this device as a whole are completely ludicrous. How far does it project the holographic image? How does it project sound? What would I use it for?  Where can I get it?… 5)The Dust of Broken Hearts(Willow)– Definitely a good way to fuck with friends. Or totally cruel. One pinch of this powder to the face makes you fall in love with the first person…Or cat(See movie) that you see…If I had enough of this to constantly throw in my wife’s face I could potentially keep her interested in me well into our 40’s (By then I will have upgraded to my Stepford Wife).

4)The Flashy Thing (Men In Black)- “Did you flashy thing me!?” Will Smith demands Tommy Lee Jones divulge. But alas, this cool pen sized device is a neuro sensitive optical mind fucker that, set to a timer and I assume will come with the glasses, will give amnesia to anybody caught in the flash. The trouble I could get myself out of is amazing, so I add this to my repertoire.

3)Perseus’s Helmet (Original Clash of the Titans)- Renders the wearer, invisible. Also it would be my only toy that was created by a god which makes it even cooler. Also adding the total devastation of Catholicism and Christianity by proving Zeus is still actually doing god stuff up there, and thus proving that the Greeks were right this whole time. 2)Iron Man’s Suit (Iron Man)- Do I need to describe ALL the intricacies of this amazing feat of intellect and science? No. Because I can’t . But like the film, I can stop Al-Quaida or similar sects of terrorism (notice this trend of fighting terrorism?Weird to me too…). Plus, I get to constantly blast Black Sabbath on repreat with the high wattage speakers I install into the shoulders to blare my own theme song. 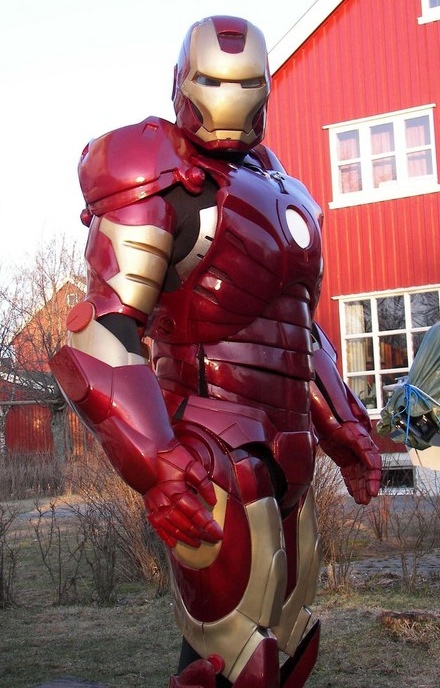 1)Lightsabre (Star Wars)- Preferably red for style, but blue because I want to be a hero more than a villain. Also, taking the number one slot because I’m sure it could carve up Iron Man’s suit like a Thanksgiving Turkey. Like a warm knife through butter. Iron Man is in two like Darth Maul. So there you have it. Picture me Rollin’. Two of me (One hologram) In an Iron Man suit, riding a pink Hoverboard brandishing a red lightsabre and throwing the Glaive at Al-Quaida, while they are in love with me because of my fairy Love Dust and keeping me invisible because of my Helmet of Invisibility on top of my Iron Man Helmet. Then Flashy Thing them so they don’t come after my family….Ok, now that I have painted the picture….I don’t think it would be so cool looking….