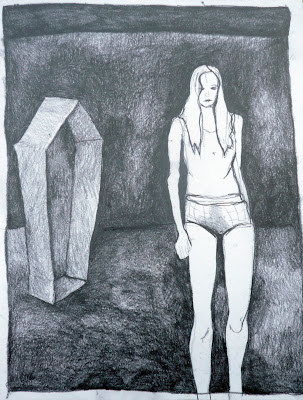 So my own death, I’ve always claimed I would like to be in a mausoleum with a key and a cell phone in case I wake up (As rediculous as it sounds, I have the fear of waking up in my coffin…Seen TOO many movies!! But this new invention is pretty fucken brill, as a Space Saver for the Billions of humans on earth who (I’m pretty sure) will all die someday, to over crammed cemeteries……So this looks like its an actual patent pending invention… A lot of people will be spinning in their graves if they are put in one of these (Get it?) Problem is, it makes it that much easier for Zombies to crawl out of…And me. should I awaken from my premature burial. (Via Makezine)