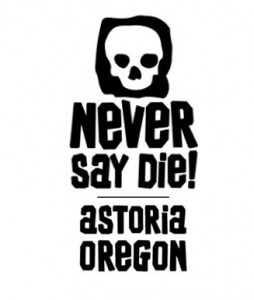 Want to see the diner from Pulp Fiction? Tour Middle Earth from Lord of the Rings? How about Hogwarts at Universal?…Then this is the trip for you. The Goonies 25th Anniversary is an event in Astoria Oregon to celebrate not just the film, but the whole Goondocks universe, here is a sample of some of whats in store:(via MillionairePlayboy)

Eager to revisit secret caves, treacherous traps and hidden treasure, fans will gather in historic Astoria, Ore., to celebrate the anniversary of the cult classic film “The Goonies” June 4-7, 2010. Over the four-day event, Goonies lovers can retrace the steps of characters in the film by touring filming locations including the famous “Goonies House,” bowl at “Chunk’s Bowling Alley” and more, including a possibility to mingle with original cast members.

This is a dream come true!! The original cast? Bet Josh Brolin won’t show up, what with all the Oscar play he got over the last few years, but Sean Astin and possibly Feldman? That kicks the shit bro!! We can ask them technical movie questions like Trekkies do, such as,” How do you feel about the deletion of the scene with the Octopus but Data mentions it anyways??” or other questions like ” Would you rather have done a sequel or were you satisfied with Nintendo’s?”

For more information hit the jump, and see everything on the “Rocky Road”.

Old Oregon City Hall has all the details for when more info will be available.