Six Irish Icons You Know and Love (or Hate)

Top o’ the mornin’ (or afternoon) to you and all that. It’s St. Patrick’s Day, and that means massive amounts of potatoes and cabbage for everyone! Oh, all right. I suppose we can throw in some nerdosity, too.

Many of the Nerdbastards authors are in Boston, and with any luck, they’ll get to experience one hell of a Dropkick Murphys show tonight. Color me green with envy, as I sit here fuming in the satellite office in St. Louis. That doesn’t mean I can’t have my own bit of fun, though. Below, check out six pop culture icons with Irish roots. You may love them. You may loathe them. But by golly, they’ll give you a craving for soda bread, stew and Guinness!

Lucky the Leprechaun is the keeper of all that is marshmallow goodness. Like any proper leprechaun, he runs around in a green top hat and ill-fitting waistcoat, hawking Lucky Charms cereal to kids will no doubt will grow up to be obese from all the sugar General Mills dumps on the oat bits. Who eats the oat bits, anyway? The marshmallow pink hearts, orange stars, yellow moons, green clovers, blue diamonds and purple horseshoes are where it’s at (and I guess those marshmallow abominations they have nowadays, like balloons and hourglasses). True story: The way my mom got me to eat the oat bits (after I finished off the marshmallows, naturally) was to tell me it was dry cat food. Magically delicious, indeed.

Liam Neeson is an Irishman who’s really been around the block. He’s been in Schindler’s List, Les Miserables, Gangs of New York and The A-Team, the upcoming film remake of the classic tv show. However, our nerdy readers likely will recall his most recognizable role as Qui-Gon Jinn in a little Star Wars movie called The Phantom Menace. As Qui-Gon, Neeson taught us how headstrong Jedi can still look regal, even when stomping about in anger. He also, unfortunately, taught us about those damn midichlorians. Sigh.

At the mere mention of Bono, I know that half of you are rolling your eyes, a fourth of you are secretly pleased, and another fourth just doesn’t give a rat’s ass. Personally, I’m in the “pleased” category, though I can understand why you might not be. He’s absolutely polarizing. His lyrics can be seen as both moving AND trite. His war against poverty can be seen as both humanitarian AND stuntish. His camera mugging can be seen as playing to his strengths AND making an ass of himself. Really, when it comes to Bono, everyone’s right. Still, you can’t knock him for keeping a revered band (U2) together for more than 30 years. Oh, but just so you know, Bono doesn’t actually have a jacket with an Irish flag inside; the image above is a painting. Bono reserves his jacket detailing for the USA only.

Banshee is one hell of a sexy beast. Just look at him — red hair, toned arms, Irish accent, hipster-striped clothes, mutant. Wait, what? Being good little nerds, you should already know this, but Banshee’s got an X-gene that gives him a “sonic scream.” His yell can kill eardrums, disintegrate mountains or put you into a trance (Ladies, this is why you don’t want to have sex with him!). This sometimes-Xman’s real name is Sean Cassidy, an Irish name if there ever was one (and reminiscent of another heartthrob!). Moreover, Banshee’s got a freaking castle over in Ireland! 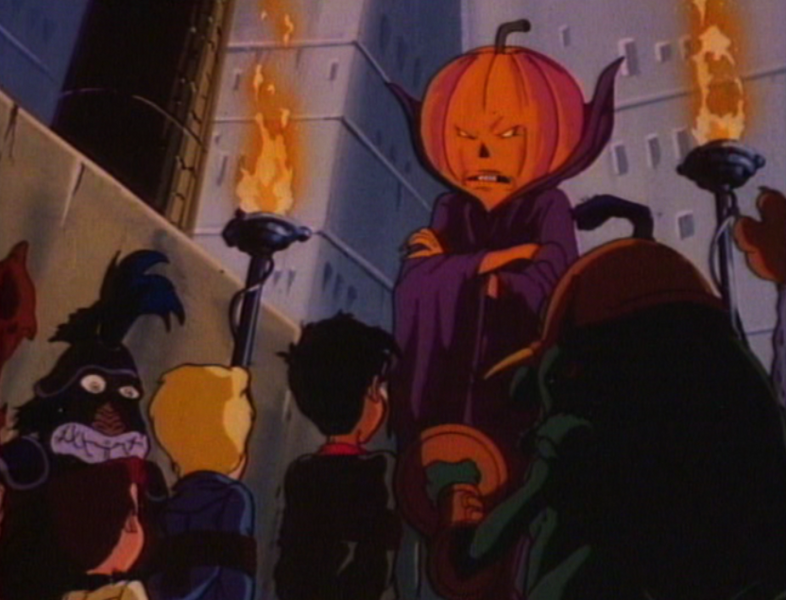 Ok, Samhain traditionally isn’t so much of an icon as it is a festival. It was a Gaelic celebration that marked the end of the harvest season and the beginning of the “darker half” of the year. The belief also went that this time of year was convenient for the line between the living and dead worlds to blur — reminds you of Halloween, right? Yep, that’s the root of our favored holiday. Why am I telling you all of this? Because back in the 80s, “The Real Ghostbusters” animated show featured a villain named Samhain. He was a pumpkin-headed cloak wearer with a disdain for light. By the way, other pop culture things named Samhain include a magazine, a band and software. Weird.

I saved the devil for last. In my opinion, Michael Flatley, the “Lord of the Dance,” is even worse than drisheen. Flatley is Irish-American, and he’s the reason why “Riverdance” and its step-dance offshoots were positively everywhere in the mid-90s. No, seriously, kiddos! Back then, you couldn’t go anywhere without seeing Flatley’s package stuffed into skin-tight pants on tv or posters, and his dance troupes made seemingly endless visits to every.fucking.theatre in the country. My blood is boiling and my eyes are begging to be gouged as I merely think about a Flatley dance threat. Wait, you know what? No more Michael Flatley. Watch Mike Meyers instead.