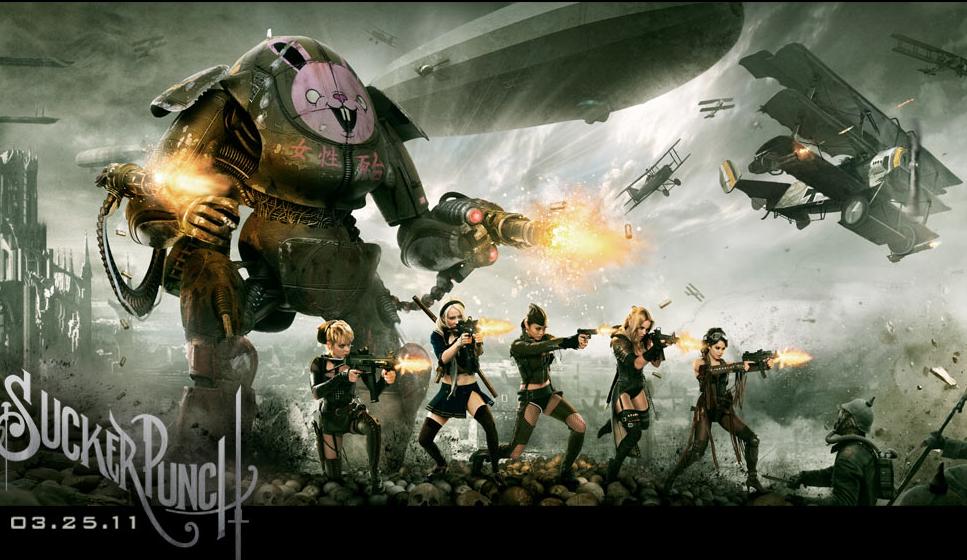 Zack Snyder, the man who brought the worlds of 300 and The Watchmen to life is bring us another world of fantastic imagery and wonder with Sucker Punch. Starring Emily Browning as Baby Doll, a young girl forced into a mental institution by her wicked stepfather. She begins to retreat into an alternative reality as a coping strategy, she envisions a plan which will help her escape from the facility. Assisted thanks to the help of her friends, played by Abbie Cornish, Vanessa Hudgens, Jamie Chung and Jena Malone, they navigate incredible dreamscapes collecting items needed for their freedom.

Sure, the movie doesn’t come out till March of 2011 but Warner Brothers has just released a full trailer for the film, presumably attached to this weekends Due Date, starring Robert Downey Jr. and Zack Galifianakis. Check out the visual worlds of Sucker Punch for yourself:

What may become one of Snyder’s most jaw-dropping film to date everyone will have to be satisfied with watching this over and over till more scenes get released.