Nerd Question of the Week: “What Would Be The Nerdiest Sex Scenario You Could Think Of” (Win a T-Shirt!!) 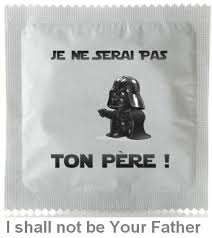 With the release of our 29h podcast episode and ending the nerd week comes our ever-popular question of the week! Question of the week is a question we ask you, our readers and listeners, and you answer it by either commenting to this post , or telling us your answer on facebook or twitter (@nerdbastards)! We choose the best answer on the Podcast and the winner will have their answer read aloud on the air, as well as the ability to shout-out or plug anything they want to. You will also see your answer written here on the weekly question post.

Last week’s question was: What Superpower Would You Like to Have and What is the Most Dastardly Thing You Would Do With It. The user who won answered here on the site with the username: lokeinlyesmith. lokein provided a hilarious, elaborate answer on how he would use mind control to rule the world and fix certain wrongs. Like force FOX to bring back ‘Firefly’ and turn the station into an all Joss Whedon Channel. As well as take any kids that are fans of Jar-Jar Binks to a rehab facility for electro-shock therapy.

This week’s question is: What Would Be The Nerdiest Sex Scenario You Could Think Of?

We implore you to have a lot of fun with this and hope to see some funny and creative answers. Don’t just say “Sex with Scarlett Johansson”. Be descriptive. What exactly would happen between you and Scarlett Johansson? How would it play out? Make it nerdy. Make it dirty.

As an incentive we are pairing this question with a prize. YES, a prize! Our friends SPLITREASON.COM at are offering a free t-shirt, to the person whom we decide has submitted the best answer. If you’re not familiar with SPLITREASON.COM they are an awesome (and I do mean awesome geek/nerd online apparel store. Tagged as ‘Gear for Geeks and Gamers’ their shirts are inspired from our most beloved video games, as well as commentary on nerd/geek culture. Their shirts are original, one-of-a-kind, and funny as hell. Shirts that will make even the most socially awkward nerd totally cool.