Details on the New Green Lantern Series revealed by Bruce Timm Himself! 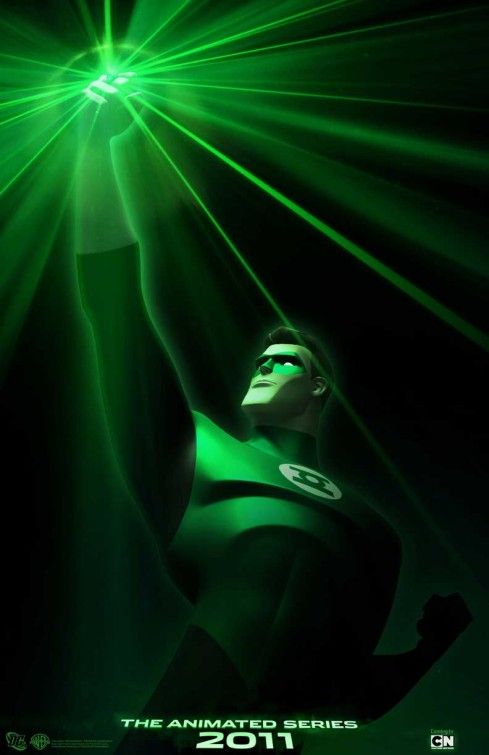 2011 is set to be a big year for Hal Jordan and the Green Lantern Corps. thanks to super producer, animator Bruce Timm and his bad ass ideas. With a live action movie, starring Ryan Reynolds, set be in theaters June 17th of 2011 how can it get any better for the Silver age hero of sector 2814? How about a animated series and a “sequel” to Green Lantern: First Flight for the fan’s of the DC universe to settle their superhero fix? What exactly will be involved for green suited hero? MTV Splash page sat down with DC’s own Bruce Timm and discussed just what can be expected in the coming year.

To view the entire interview check out MTV Splash page.

“We’ve already done the origin story in ‘First Flight,’ and I’m sure we’ll be re-releasing that to take advantage of all the ‘Green Lantern’ publicity next year…The movie itself is going to be his origin story, so people will know his origin story and we don’t have to waste time with it yet again.”

Since we already know how Hal became a Green Lantern from the previous films and DC sticking to their guns on keeping the origin based from the film just what will each episode of the animated series contain?

“…the series will generally involve standalone episodes, but the “broad arc” for the first season (26 episodes) will feature the rage-fueled Red Lanterns.”

Red Lanterns, are you kidding me! Enraged space creatures from all over the universe with power greater than any army as season one villains. That’s a pretty ballsy move for DC to make and draw in their audience. Hopefully doesn’t make parents restrict their kids from watching the show. If their throwing the red rings in this early however does this mean we’ll get to see the Black Lanterns by the end of the season?

“We don’t get into the whole Black Lantern thing…Hopefully the show is a big hit and will go on for six or seven years, and we’ll do the Black Lanterns somewhere down the line, but for now we don’t have any plans to go down that route..”

Aw shucks, at least we’re going to see an occasional team-up from members of the Justice League. Right?

“It’s a science-fiction show, so this means Superman, Batman, Wonder Woman, they’re not showing up…It’s all about the Green Lantern Corps.”

Way to cock block a superhero crossover but hey, it’s all about the green and a perfect way to do that is with movies. Green Lantern: Emerald Knights is planned as the follow-up to the 2009’s First Flight but don’t just call it a sequel. Following the way of Batman: Gotham Knight, Emerald Knights will consist of six separate tales focusing on one Green Lantern for each story. Does this mean we have a Ch’p story in our future? Fingers crossed people, fingers crossed.

Green Lantern the movie will hit theaters June 17th, 2011. Green Lantern: The Animated series is set to premiere in the fall of 2011 and Green Lantern: Emerald Knights is slated for a June, 2011 release.