When you talk about famous horses, the one everybody over age 25 knows is Mr. Ed. Similar to the relationship between Big Bird and Snuffy as well as that frog that sang “Hello, my baby…” to the construction worker but no one else, Mr. Ed was a horse that spoke only to his guardian, Wilbur. Wilbur was viewed as kooky anyway, but when he tried to convince his family and friends that Mr. Ed not only talked but also caused general mischief, well even his wife was ready to put him in the country bumpkin loony bin. For you kiddos who didn’t grow up on the 1961 original or constant reruns, check out what you’ve been missing below.

2. The Unicorn from Peggle

Let me Super Guide into you, baby.

Ok, ok, his name really is Bjorn, but most people I know just say “The Peggle Unicorn.” Peggle started out as a PC game but quickly blew up and was further developed for Xbox, Nintendo DS and iPhone. And with good reason! It’s nearly impossible to resist the shooting of balls, giant holes, orgasmic “Ode to Joy” stage-end song and other intentional or unintentional allusions to sex that this game provides. Bjorn does his part on the first level by offering his “Super Guide” power when you touch a green peg with your ball. We know how he likes it.

Man, those folks from Eternia and Etheria really like riding animals. Adam/He-Man has Cringer/Battle Cat, and Adora/She-Ra has Spirit/Swift Wind. But is the superhero disguise for the horse necessary? I can totally see why Cringer turns into Battle Cat; he goes on steroids, gets a deeper voice and becomes ready to kick ass. But Spirit the horse just adds wings and a mask with an inexplicable fake horn. What’s the point? No matter. The She-Ra: Princess of Power cartoon enthralled me for both of its seasons, and you bet your ass I had every iteration of Spirit, including the ridiculous Crystal Swift Wind.

Wanna go for a ride?

Moving from one winged horse to another, we come to Pegasus, the mythical creature from Clash of the Titans. (For our recent news about Clash of the Titans, click here) In the movie, Pegasus is the last surviving member of Zeus’ herd of flying horses, thanks to dickface Calibos. What the movie doesn’t tell you (and, really, it screws up myth like crazy) is the gross origin of Pegasus. Greek myth says that Pegasus is the unholy lovechild of Poseidon and and Medusa, who likely had metaphoric sex instead of actual sex, and the horse sprang from Medusa’s blood when she was beheaded by Perseus. God-sex and bloody birth. Good times. 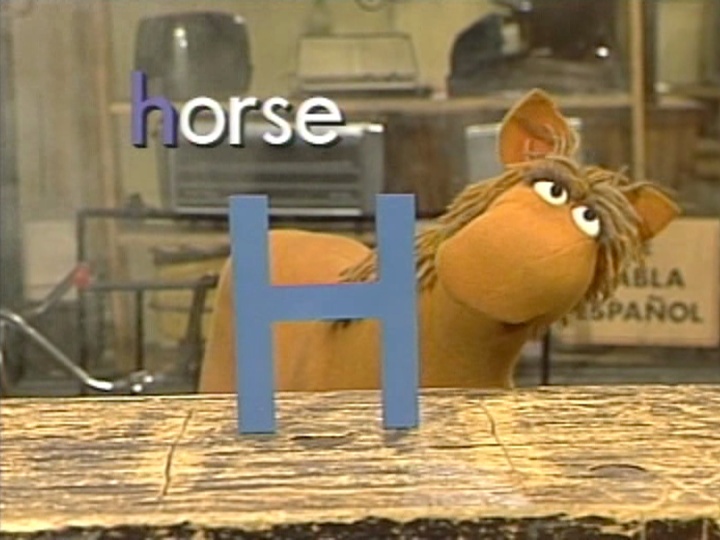 I have nothing funny to say about Buster and the letter H.

Buster was Forgetful Jones’ horse on Sesame Street. It must have been tough to belong to a bumbling idiot who couldn’t even brush his teeth properly. In fact, in my grown-up brain, Forgetful quite reminds me of George W. Bush. Anyway, Buster and Forgetful’s girlfriend Clementine helped Forgetful remember everything, from song lyrics to taking a bath to figuring out what a mirror is. Buster can even drive a Jeep!

I will admit something terrible to you. I had a hell of a time winning Epona in Ocarina of Time. I did fine on the first race, but when Ingo kept cutting me off during the second race and making me lose rupees AND face, I was ready to throw the controller through the wall. Fight Ganondorf? No problem. Win Epona? Fail. Still, Epona has been a good device for a number of Zelda games and has been listed among the top video game horses. Bonus: Did you know that in Gallo-Roman religion, Epona was a protector of horses, donkeys and mules? It’s true! 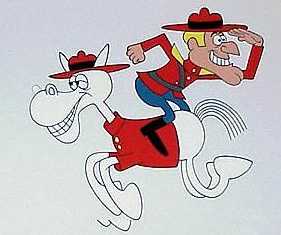 You're doing it wrong.

Long before Brendan Fraser ever disappointingly donned the mountie uniform, Dudley Do-Right was a fixture on The Rocky and Bullwinkle Show. Sure, goody-goodies can be annoying, but the popular segment was saved by villain Snidely Whiplash and Dudley’s horse Horse. Horse, who was so awesome that he didn’t need a name, was adored by everyone, especially Dudley’s love interest, Nell. Horse was so charming that Nell didn’t even realize that Dudley was trying to get into her pants.

8. A Horse of a Different Color 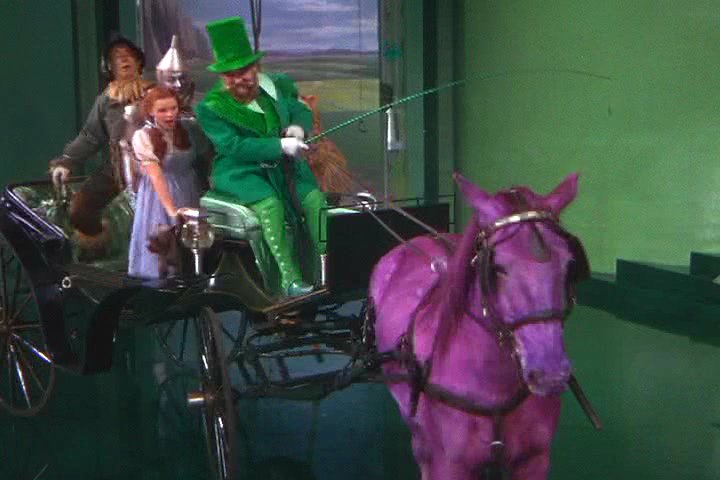 Watching The Wizard of Oz was an annual tv event in my house, and from my first viewing at age five, I was in love with the horse of a different color. If you don’t recall, the horse appears when Dorothy and friends arrive at the Emerald City, explain their plight to the doorman, and are invited inside. The horse changes color six times — but how? The filmmakers used regular old Jello mix on a white horse. I’d show you the scene if it were available on YouTube. Alas… 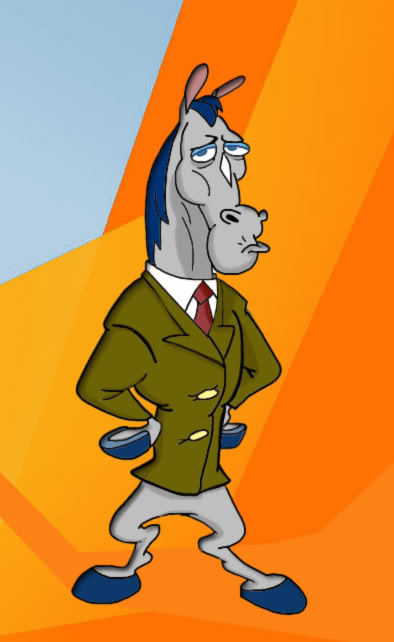 What's wrong with her? You don't wanna know.

As a bonus, I’ll tell you my personal story involving Fritz the Cat. I studied in Paris during my junior year of college. At the same time, an American friend of mine was working at one of the American cathedrals there. One day, the dean of the church was going to take a vacation before the big church media sale of videos, cassettes and whatnot, so my friend “John” was left in charge. He invited me over, and we giggled over the garbage that people were including for the sale. And then… we found Fritz the Cat in one of the boxes. Our eyes widened and we popped that sucker into the dean’s VCR. We watched for a while, finding all of the animal sex insane, and then… we fell asleep. Yes, friends, it’s that boring. The end.