We here at NerdBastards are quite fond of Top Ten lists…As are other websites. The Hollywoodreporter has listed the Top 10 Highest Grossing films of the decade, which I am happy to report to our readers I totally agree with. You can’t argue with this list as being Nerdlicious it is. I mean 8 out of 10 of these movies are sci-fi/fantasy/fiction.

Shit yea! And this is only domestic!!  Each  LOTR film went on individually to make billions worldwide….Or at least a billion. Ushering films like Avatar to have a shot at Best Picture even though they are 99%CG and the rest acted.

One if the strangest movie experiences of my life. Handing out boxes of Kleenex at the door, and women screaming and crying like THEY were Holy Mary mother of God during his scourging. Took in over a half billion worldwide.

Spiderman Spiderman does whatever a Spider Can!! Including, apparently making the trend of comic films safe bets for studios when they used to be afraid. With  great power (money), comes great responsibility (Continuing to make good quality comic films).

Even though I FEEL like it was not the best of the 3, which I am fought on constantly. I just think they tried fitting TOO much in, which goes back to the 17 endings Randall discusses in Clerks 2. But was the first sci-fi/Fantasy flick to win Best Picture, which I basically put it in line with Fellowship and Two Towers to make it seem like all 3 equaled ONE film to earn the award.

The best of the 3 prequels by far. Saving graces include Hayden Christianson actually learning to act a wee bit better for this installment, as well as the birth of Luke, Leia and Darth Vader. Unfortunately, 3rd time was the charm and we get no more Star Wars films even though they FINALLY got it right. Boasting some of the best lightsabre battles the film was the most well reviewed by the media and fans alike.

Yikes. This piece of shit had so many robots in it that when they were wrestling you didn’t know where one started and one ended. It fell victim to what many sequels do. They take all the tings about the first one that made it popular and amp it up higher. For instance, Ace Ventura 1, the way he swaggered, the way he said “Like a Glove” or “All Righty then”, they took DIALOGUE and amped it up to an annoying level. Hopefully the 3rd Transformer flick out in 2011, will take it back a few steps .

Right out the gate with a bang! Huge, record breaking, and well reviewed! With people terrified that Tobey Maguire as Peter Parker would ruin the film, he has now become the staple of the movies that people can’t live without.

Ah yes, when the film went from fun and awe inducing to cryptically confusing and ridiculously written. As far fetched as the first one was, it had a air of magic to it that still made it fun and quotable. The second 2? While making HUGE bank, sucked a little bit and went too far.

Shrek 1 was brilliant and no one expected the success at the time of the then unknown Ogre to grow. This sequel was was better then the 3rd installment which was pretty fucken bad ….And the 4th? We shalt see. 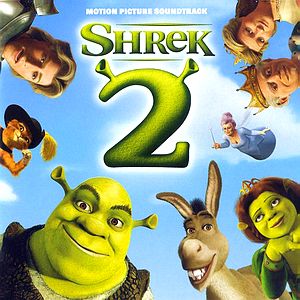 The best acted, fine tuned, beautiful symphony of a film. Well review by critics and fans. The demise of the greatest Joker to date Heath Ledger, and the Oscar snub for best picture and heart wrenching victory for post death Oscar for Best Supporting Actor. This film had all the ingredients for success…Mixed perfectly to totally deserve the number slot.