Doctor Who Christmas Carol Mini Review, Plus a Look at Season 6 Did y’all catch the Doctor Who holiday special on Christmas day? Did ya, did ya? It was like the only fucking time a new episode aired simultanlesly in UK and America. Gah! It was…. AWESOME! Twas  the most Christmassy Doctor Who ever! It was a satificatory reworking of Dicken’s Christmas Carol. Harry Potter‘s Michael Gambon made a wonderfully mean, broken-hearted, un-Dumbledore-y, Scrooge-ish villain. It had a sleigh ride.  A flying shark. Doctor Who in a scarf again.  It offered what anyone, child or adult, fan or non-fan of the Who cult, wants: heartfelt Christmas sentiment, a sense of humor without excessive irony, much clever dialogue, and terrific acting. It was a real treat.

Now here is the trailer that followed that episode, which gives us our first look at what we can expect from the show next year:

I case ya missed all that, what ya saw was lots of shots of America from the two parter shot here in the states. SS and English guard baddies, a naked River Song, the Presidential Doctor asking for a Fez, Ood, astronauts, TARDIS corridors, over sized children’s masks of children’s faces and a whole bunch of other cool shit.

Series 6 of Doctor Who, is expected to air in the UK on BBC One in Spring and Fall 2011. The series will be split into two pieces, with the first part airing sometime around Easter, then will stop halfway after episode seven, starting again from episode 8 in the Autumn. 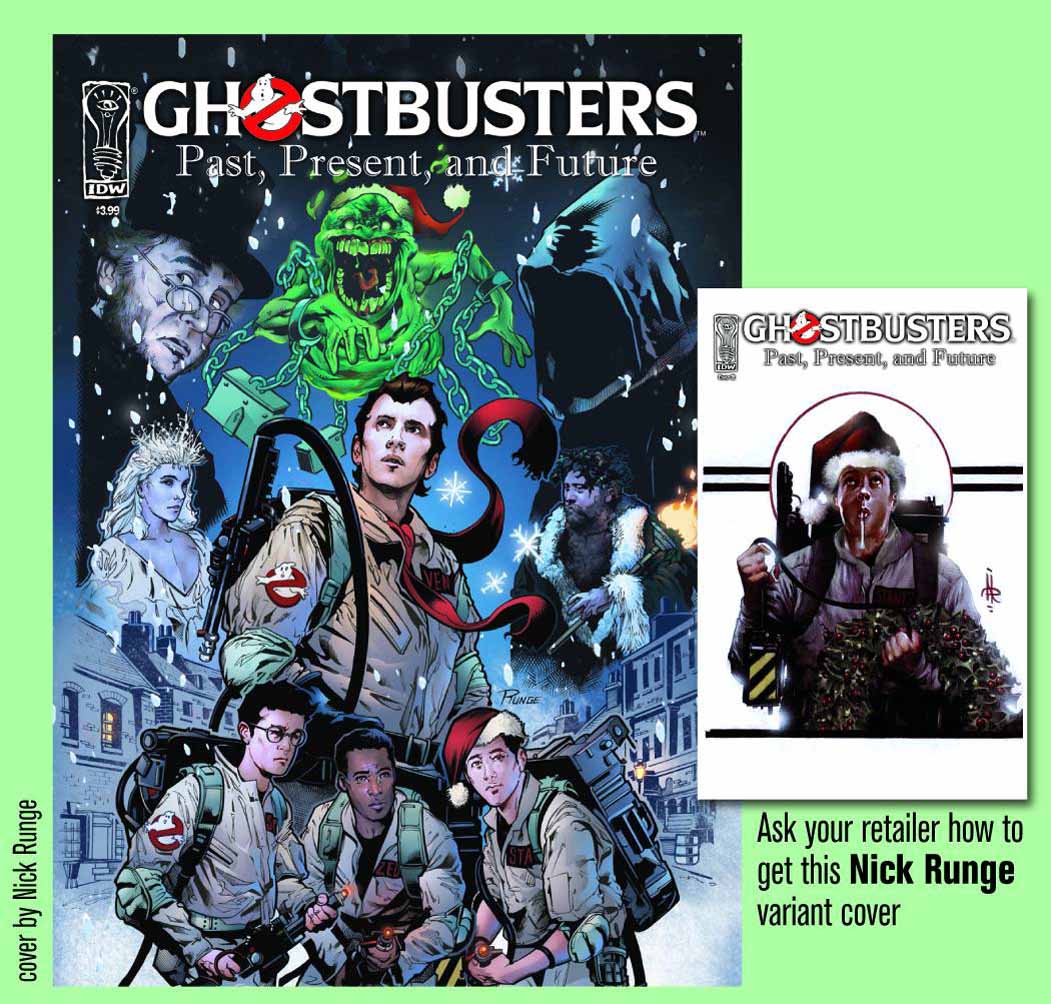 I dunno about you but I’m pretty damn sick of adaptations of Charles Dickens “A Christmas Carol”. The last good adaptation was “Scrooged” Starring Bill Murry. All this other crap that Hollywood has been spitting out, every two years or so is, well… crap! Don’t even get me started on Robert Zemeckis’s 3D Christmas Carol starring Jim Carrey which, dare I say was FLAT on multiple levels. Christmas Carol has just been overdone. It’s turned into just another lame Christmas pageant that we all know the story and words to. I personally just can’t take any more incarnations of it. However, with that said I may just have to make an exception. I’m pretty stoked about the upcoming one-shot Ghostbusters comic. Now it may just be my fondness for anything Ghostbusters but I think it’s pretty cool that writer Rob Williams has put an interesting twist to the classic story. The premise: Scrooge hires the GB team to bust the time-traveling manifestations of his guilt on Christmas Eve. Since the Ghostbusters seem to have a pretty good WIN record I’m lead to believe that Scrooge mythos might be changed. Perhaps he doesn’t learn of his past mistakes and winds up remaining a pathetic, cranky, selfish, lonely, windbag. Oh wouldn’t that be lovely? Probably not going to happen. I’m sure the Ghostbusters will inadvertently play the role of the spirits and teach that nasty Scrooge a lesson. Either way, I know I’ll be reading this sure to be fantastic comic to my future kiddies on Christmas Eve. Unless, of course their bad. Then I’ll make them watch “Ghost of Girl Friends Past”. Way worse than a lump of Coal in my opinion.
Ghostbusters: Past, Present and Future comes out on Dec. 9th
source via comicsalliance
Leave a Comment