Must See: A ‘Star Wars’ Tale Told By Charlie Chaplin

This is actually really fuckin’ awesome. It’s a Star Wars/Charlie Chaplin/Inception mashup and it’s extremely well done. The footage is Star Wars, the music is from Inception and the audio is of Charlie Chaplin.

Check it out. Well worth the 4.5 minutes.

Modern Times, a short film that’s been floating around the web for a few months but that only recently came to our attention. Created by Bruce (BC2010) it’s a beautiful little film that shows how talent trumps money every time. While the big guys continue to batter the public over the head with over used or nonsensical 3D effects and big money stars, individually talented people bring us surprisingly wonderful films with soul like Modern Times.

I love the little touches in this film. The book he is reading is “The Making of Kubrick’s 2001” by Jerome Agel. The short film has that 2001 feel to it and it’s a nice little nod to a groundbreaking Stanley Kubrick film. 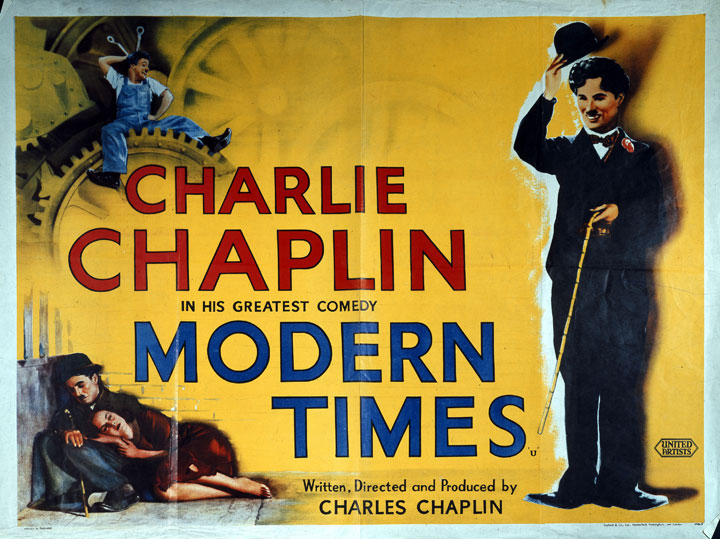 The use of the Charlie Chaplin film Modern Times is another interesting choice. Modern Times was the last silent movie made by Chaplin. At the time most movies being made were “talkies” and Modern Times was seen by many as Chaplin’s attack against progress and the advent of the machine age.

It’s these kind of touches that add bottom to this little piece. If only the big boys would take note. “Sigh,” I guess not, their to busy with their latest technological toy to bother with story, characters, pacing, and depth.

Mystery of The Time Traveler Solved

A few days ago the internet went nuts over what appeared to be a documented case of time travel. We too were getting our Nike’s ready trying to get obtain 1.21 gigawatts of power after spotting, what appeared to be a lady holding a cell phone in a 1928 Charlie Chaplin movie. Well, shut off the DeLorean and put everything away, that time traveler isn’t really a person of the future. The individual from the Charlie Chaplin movie wasn’t holding a cell phone, it may have been a just a hearing aid.

Thanks to Live Science for doing all the hard detective work, which they in the end determined:

What [Insanely long-winded] Irish filmmaker George Clarke didn’t consider was that a simple ear trumpet could still explain it all, said hearing device historians.
“As you can tell from these pictures, old-fashioned mechanical or resonating hearing aids were not necessarily long and rounded,” said Philip Skroska, an archivist at the Bernard Becker Medical Library of Washington University in St. Louis.
“Short, compact rectangular forms were not unusual.” In other words, they could look something like a cell phone to imaginative YouTube viewers in the 21st century.

After all that fuss and it was over a hearing aid. Thanks for causing an uproar George, you pissed off a lot of Marty McFly cosplayers sir.

In case you missed it, here’s the video in question. Is it an old-school hearing aid like they say, or do you still believe it was a cell phone?
Via: Film Drunk
Leave a Comment