Fantastic Fest Review: ‘Electric Boogaloo – The Wild, Untold Story of Cannon Films’ is Everything a Cinephile Doc Should Be

Menahem Golan and Yoram Globus simply improved upon the cheapo tyrant formula that came to dominate drive-in style cinema in the 60s and 70s. Technically, The Weinstein Brothers perfected the mold, taking the schlock-factory model and somehow managing to add genuine quality into the mix (a shocker, I know). But none did it quite like Golan & Globus, whose somewhat unbelievable rags to riches story was fueled by pure, maniacal love for cinema. And much like he captured the Outback mayhem that was Australian genre cinema in the 70s with Not Quite Hollywood, Mark Hartley has returned to give us The Wild, Untold Story of Cannon Films. Only by narrowing the focus of the film and making it much more about Golan & Globus as people (though the constant talking head impersonations of the brothers threaten to turn the cousins into cartoons), it gives Electric Boogaloo an intimate edge that the director’s previous cinema documentaries lacked. Frankly speaking, Mark Hartley’s third picture devoted to the niche racks at your local video store (or, more accurately in 2014: Netflix Queue) might be the best movie about movies since Ted Demme’s A Decade Under the Influence. END_OF_DOCUMENT_TOKEN_TO_BE_REPLACED

The new “Trailer for the trailer” phase that Hollywood Marketing Geniuses started is still going strong. This NerdBastard was hoping that the trend might die a quick and painful death, something with lots of fire and explosions.

We get plenty of fire and explosions in this teaser from Liongates The Expendables II. but not much else. Terry Crews must have some kind of jock itch with all the crotch grabbing and antsy jumping around he’s doing. Get that guy some Gold Bond Powder. You could play a drinking game with this teaser, drink a shot every time Crews touches himself inappropriately.

Meet back here Thursday for the full trailer.

Bring On The Pension Checks: It’s All New ‘Expendables 2’ Posters

Reprising their roles from 2010’s over the top action movie The Expendables , a good portion of the cast has returned with more napalm and Old Spice for The Expendables 2, in theaters this summer. Expanding on the cast from the previous film, various blogs have been leaking new character posters from the action-packed sequel and we’ve put them all into one nice gallery for you.

Isn’t that nice of us?

Showing off everyone from the still somehow in shape Sylvester Stallone to the newcomers Yu Nan, Liam Hemsworth and Chuck Norris! Check out all the posters below.

These poster above come courtesy of The Expendable 2 Facebook page.

After seeing all this testosterone and firepower in all this posters, this nerd can’t wait for The Expendables 2 to hit theaters August 17th, 2012.

If you were a non-believer of the amazing might of Chuck Norris, you better “check yourself before you wreck yourself” ’cause these next two video diamonds will have you begging for forgiveness. From the funnily demented mind that gave Youtube the ‘Annoying Orange’, Daneboe.com gives Chuck Norris enthusiasts brings their darkest gamer fantasy to life. We get to see Chuck Norris go head to head against some classic icons in the gamer world, and the stand outs from the set are the following:

Round 1: Chuck Norris Vs. ‘Angry Birds’

I’m sure that if it is between the ending for Super Mario Bros. with Chuck Norris or that with Super Mario, it seems that the ending with Chuck is ten times better. Hello, finally they don’t deal with all the crud with the “other castle” and just get straight to…Bang! Bang! BANG! What other video game would you fantasize as being 10x better with Chuck Norris as a main character?

Just in Case Your Forgot Van Damme, Norris, Stallone, Arnold, Lundgreen, Willis… Are in a Single Movie, Here’s The Teaser Trailer for ‘Expendables 2’

Sylvester Stallone and his muscle-throbbing, old-man action-star crew is back in the testosterone filled sausage-fest known as The Expendables 2. The film, directed by Simon West and written by Sylvester Stallone, David Agosto, Ken Kaufman and Richard Wenk (apparently it takes four guys to decide what blows up, who lives who dies…etc), is set for a August 17th, 2012 release. Lionsgate has released a new teaser trailer. Instead of showing off any actual action, it’s  more like a roll call of who’s who in the action world. You know… in case you forgot Van Damme, Norris, Stallone, Arnold, Lundgreen, Willis… are in a single movie. You’re gonna have to stock up on HGH come time of release, because there is just too much macho for you’re puny ass to witness.

The Expendables are back and this time it’s personal…

Barney Ross (Sylvester Stallone), Lee Christmas (Lee Statham), Yin Yang (Jet Li), Gunnar Jensen (Dolph Lundgren), Toll Road (Randy Couture) and Hale Caesar (Terry Crews) — with newest members Billy the Kid (Liam Hemsworth) and Maggie (Yu Nan) aboard — are reunited when Mr. Church (Bruce Willis) enlists the Expendables to take on a seemingly simple job. The task looks like an easy paycheck for Barney and his band of old-school mercenaries. But when things go wrong and one of their own is viciously killed, the Expendables are compelled to seek revenge in hostile territory where the odds are stacked against them. Hell-bent on payback, the crew cuts a swath of destruction through opposing forces, wreaking havoc and shutting down an unexpected threat in the nick of time – six pounds of weapons-grade plutonium; enough to change the balance of power in the world. But that’s nothing compared to the justice they serve against the villainous adversary who savagely murdered their brother.

That is done the Expendables way….

The Expendables 2 will be released in theaters everywhere August 17th, 2012.

Hide your wife, hide your kids, ’cause Chuck Norris be round-housing everybody in the latest commercial to promote Blizzard‘s World of Warcraft. This may be one of those “better late then never” commercials, 4 years too late in fact, but Chuck and his fiery red mane have finally made it to WoW.

Yea, Chuck looks tough on the Internet, but he’s just a man and at his age I bet I could take him. In fact Chuck Norris sucks. Fuck the internet for making this infomercial has-been more famous than he ever should have been.  WoW is clearly getting desperate for new players. Now if you’ll excuse me…someone’s knocking on my door.

Regardless off all the machismo, explosions and mindless action, I thought the first Expendables failed to live up to expectations. A squandered opportunity, in my opinion. Unless the sequel has any small hope of being better then the first mess, I really have no interest in it. Even with Chuck Norris. On a side note, Terry Crews officially has my vote for Power Man (Luke Cage), should Marvel ever get around to making it.

CHECK OUT THE IMAGE GALLERY AFTER THE JUMP

END_OF_DOCUMENT_TOKEN_TO_BE_REPLACED 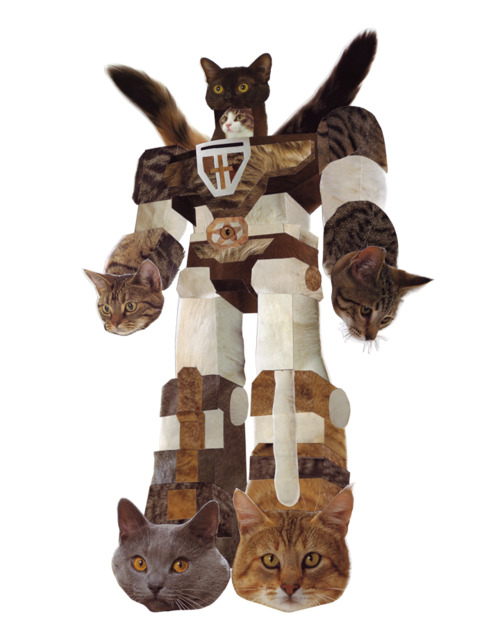 END_OF_DOCUMENT_TOKEN_TO_BE_REPLACED

Picture of The Day: Chuck Norris Was Here

Ahhh Flickr how you amuse me. I stumbled upon this little gem this morning and thought it was the greatest thing. Some douche with a banged up car got  it tagged with a “Chuck Norris Was Here” along with a bootprint in the dent. I’m still not sure if Chuck Norris is actually reasponsible for this or if its the product of fan ingenuity but I have a feeling that alot of fans will be expressing their admiration to the legend this way.