Rob Liefeld May Or May Not Have Seen Deadpool Test Footage

Rob Liefeld created the merc with a mouth way back in 1991 and while I can back this up with facts or the truth, I am pretty sure talk of a Deadpool movie started then too. Yes, Wade Wilson has been walking a long road to the big screen (I refuse to count the characters appearance in 2009’s X-Men Origins: Wolverine, that was not Deadpool, that was something else, something wrong and best forgotten).

As it stands right now the movie has secured X-Men movie visual artist Tim Miller as a director, an R-rated script by writers Rhett Reese and Paul Wernick (Zombieland ), and yes, Ryan Reynolds is still keen on playing the role again (first the first time, damn it, I forgot to keep forgetting about that sucky Wolverine movie). With a very soft estimated release date of 2014, you’ve still got to wonder if it will ever happen.

Continue to wonder! Liefeld and Scott Lobdell had a panel discussion at the Amazing Arizona Comic Con and Rob may have sorta kinda said he might have seen some test footage from the movie. Maybe.

“They’ve got a great director on the movie, they’ve got a great script. I may or may have not seen some sort of test of footage that would blow your mind if you saw it and go holy crap and that’s Deadpool in costume. Katana swords, guns, shooting people’s faces off and making me laugh. And I may or may not have seen something that looks just like that. And you’ve got what would amount to the first R Rated X-Men movie. Because that script is R Rated.

They may or may not have wanted to shoot eight minutes to see how it would play. And all I can tell you, it’s close. It’s closer than it’s ever been to going, or going Naaah, that’s too scary a proposition to make a R Rated Deadpool movie.”

While there is enough there to make a comic nerd very excited (assuming it actually did happen, right Rob?), I call for caution. It sounds like Fox is still unsure about making the movie, especially with an R rating. Take into account B-list heroes not performing to well in the box office (such as Green Lantern that also starred Ryan Reynolds) it’s safe to say we’ll still have to wait on something more official before we get our hopes up to much.

One last thing, should the Deadpool movie actually happen, I just want the film makers to know I am very interested in the Hydra Bob role and will be more than happy to provide my own test footage upon request. Oh sure I’m a doughy ginger that writes about comic books on the Internet, but I feel I could bring a lot to the role. Call me.

Ryan Reynolds is Still Deadpool, But This Time He’ll Have Scars 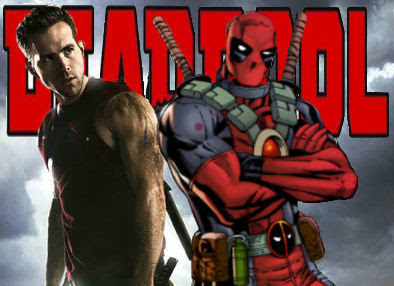 In an interview with Empire, producer Lauren Shuler Donner (who is preparing to release X-Men: First Class later this year) let loose a little news about the Deadpool film that’s been in the works for two years. Among the details: Ryan Reynolds is still on board, no director locked yet, but shooting will begin “in the next year or so,” and this version of the character will be closer to the comic book version, scars and all.

“I’m tellin’ ya, it’s true to the comic,”. “You’ll see all of them. You’ll see Wade Wilson, the good-looking Ryan Reynolds! You’ll see Deadpool in his costume and you’ll see the cancer-scarred face.”

After the many disappointments of X-Men Origins: Wolverine, Donner assures fans that this film will be a more faithful treatment of the Merc with a Mouth, and as an added bonus, gave some reassuring news about The Wolverine.

“It will have depth and a dramatic backbone,” she said. “And yet there’s more action in this one than in any one we’ve ever done. It’s such a good script. We have the great Christopher McQuarrie writing and it’s very true to the Japanese saga. This is Logan on his own…”

With such focus on the Marvel Universe’s A-list, shining heroes lately, it’s nice to know its grimmer, more brutal characters are getting some renewed attention.

So last week Axel Alonso, the Editor and Chief at Marvel comics tweeted:

So the gang over at The Independants manned up and cranked it out. Writer Ben Christian and artist Cory Smith captured the Sheen “Nuttiness” that is the Charlie Sheen protein bar of life: In other news. Charlie Sheen was officially fired Monday from “Two and a Half Men” by Warner Bros, after “careful consideration” and was effective immediately, the studio said in a statement. No decision has been made on the shows future without its star, Warner spokesman Paul McGuire said.

Sheen, who has used TV, radio and social media (Web Cam) to create a big megaphone for himself, wasn’t quiet for long. In a text to The Associated Press, he responded with the F-word and, “They lose,” followed by the word “Trolls.” Asked if he planned to sue, Sheen texted back, “Big.” As for his next move, Sheen texted, “A big one.”

I’m not worried though, Charlie will be on Dancing with the stars in a couple of years. It will be his second big comeback, the guy is indestructible after all.

Being the normal young boy growing up in the early 90’s, I grew up loving the Ninja Turtles (though, being the stupid fat boy I was, I ruined most of my Turtle figures by chewing on them) and watching the X-Men cartoon on Fox. Artist Dean Fraser decided to give the turtles a new look and something amazing was created. He gave each turtle and Shredder a Marvel persona and he did it where it matched each one.

We now have Dontello Stark as The Iron Turtle, Raphael Howlett as Shellorine, Michelangelo Wilson as Shellpool, Leonardo Rogers as The American Turtle, and Oroku Eisenhardt as Shredneto. Check after the jump to check out the individual pics of each character.