The BastardCast vs DC, Star Wars, and the Godzilla Kaiju Diet Plan

Documentary filmmaker Zak Penn, best known as a writer on Avengers and X-Men 2, discovered what has essentially become the gamer nerd’s answer to the Lost City of Atlantis yesterday: Millions of discarded Atari 2600 E.T. The Extra-Terrestrial cartridges were unearthed from a mass grave in New Mexico–along with, presumably, the tortured souls of thousands of frustrated old school gamers END_OF_DOCUMENT_TOKEN_TO_BE_REPLACED

The Interwebz is a great place for nerdy art and the like. A lot of the time it’s fuckin’ weird shit like a Wampa sucking off a Rancor and shit like that. But there are a lot of awesome things that we see on a daily basis, and we’re lazy nerd bastards so we just round them all up once a week for your nerdgasm glory.

Artist Derek Hass has created this neato superhero art which lines up something from the characters costume and their civilian attire. Each piece has been given a nice little worn down vintage style simplistic design. If you’re a sucker for prints, you can buy the likes of Spider-Man, Wolverine, The Hulk, Batman and more by clicking here.

Click the jump for plushies, shirts and MOAR!
END_OF_DOCUMENT_TOKEN_TO_BE_REPLACED

E.T. Extra Terrestrial, a creature from another planet? Or a burn victim so stoned he has lost all grasp on the english language (sure would explain the whole Reese Pieces thing right)?You decide. (click the headline to see a larger version)

END_OF_DOCUMENT_TOKEN_TO_BE_REPLACED 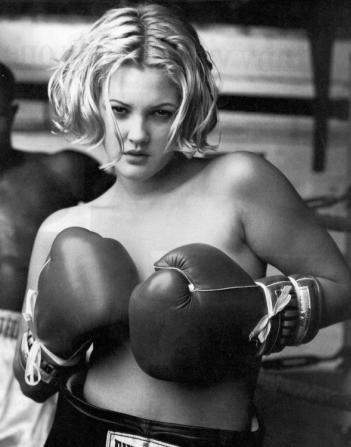 You will never guess this weeks installment of Guess Who..Our former child star has been against the ropes as of late in an apparent turn to topless boxing(I did NO research, these are assumptions) as a form of income. Hard times happen to most if not 99% of children actors.See what film she was in after the jump END_OF_DOCUMENT_TOKEN_TO_BE_REPLACED

Holy Hell!!! These stained-glass windows, whether real or not, are incredible. Now I’m not religious in any way but if some church/temple started putting these up, I would be there in a second to worship! And if I had big enough windows in my tiny apartment, I might just have hung these things there as well. Look at these…