Deadpool has already made an appearance on The Late Late Show with James Corden and he rocked it.  It’s not surprising, given his trademark brand of humor.  But that isn’t enough for his fans.  A petition has been started to get the “merc with a mouth” a hosting gig on the reigning king of late night tv, Saturday Night Live, or SNL to laypeople.  While the producers of SNL have yet to issue a response to the petition, Deadpool star Ryan Reynolds has taken note.  He took to Twitter and responded in a way typical of the marketing style that has been promoting the film.   END_OF_DOCUMENT_TOKEN_TO_BE_REPLACED

Obviously, Michael Bay and Peter Jackson had the best film productions of ALL TIME. But it looks like Kanye West is gearing up to compete with them.

You read that right, folks. Kanye West may be the next creative director for the live-action Jetsons movie that was written by Adam Goldberg.  I have no fuckin’ idea how that is even going to work, but he recently took to Twitter saying that he Has Good Ideas.  Like, y’know, drunkenly stage-bombing an awards show.

I was just discussing becoming the creative director for the Jetson movie and someone on the call yelled out.. you should do a Jetsons tour!

This just happened a few hours ago. I was very insulted of course becuase for anyone that’s seen the Watch the Throne Tour

Or Coachella or Glow in the Dark or Runaway.. you know I have real ideas…

A later tweet made it very clear what his Good Ideas are and where he stands in his creative orientation:

So, basically, if he ends up being the creative director of this flick, chances are there will be a shit ton of “money shots”.  Whether or not they involve bodily fluids will have to be seen.

And, yeah, this is also a sign that the Jetsons movie is still happening.  But if Kanye West is involved, perhaps it’s not happening would be a favor to the world.

Akira was the first anime I ever watched outside of Sailor Moon and it was an eye opening experinece. Instead of a bright and colorful landscape with funny monsters it was all grunge and dirt filled with more technology that could ever fit in Sailor Moon’s skirt. 2019’s Neo-Tokyo may only be eight years away but if your carrying $4000 in your wallet you could be the proud owner of Kaneda’s motorcycle. Yes, the exact motorcycle from the 1988 movie could be yours making you the envy of the next anime convention.

END_OF_DOCUMENT_TOKEN_TO_BE_REPLACED

Say you get in a fight with a Black guy. How do you distract him? Ya throw a basketball at him. Then intercept the white woman and get her to safety. OK, that was an example of a racist joke. Something we never do here and something you should never do at home (unless there’s no black guys around. make sure you look twice).

So, I hate basketball. Too much running and the court is filled with a bunch of tall guys who look like they’re gonna kidnap me (that was  joke about their height you f’ng racist). Not to mention how much I hate March Madness. Shit infests the airwaves. Completely ruins my day-to-day television viewing. Anyway, what I do like is Robert Rodriguez. No director has a penchant for bloody-violence and and balls-to-the-walls action like Rodriguez does. I’ll leave it to him to turn me into a basketball fan.

Enter ‘The Black Mamba’ a new short film by Rodriguez that ran in-between the NBA All Star Weekend. The director of Sin City and Spy Kids teamed up with Nike and Los Angelas Lakers star Kobe Bryant, along with Bruce Willis, Danny Trejo and Kanye West, for the basketball-influenced grindhouse short action film.

Plain and simple, it’s a great video. Action, laughs, explosions and product placement (“Product placement gives us a bigger budget. Bigger budget? Bigger explosions.”). It kind of irritates me how Rodriguez can ooze more talent and suaveness into one 6 minute than I can muster in my whole life. Fucker. You can watch the short below:

We Were Once A Fairy Tale? WTF Are You Smoking Spike Jonze?

I love Spike Jonze.  Well, most of the time *cough* “Where The Wild Things Are.” just isn’t good *cough.  On the flipside of that, I can’t fucking stand Kanye West.  Hate is a strong word and I just love using it when I talk about this dingle berry.  Yeah, he’s a decent musician but, man oh man he is such a douche bag when it comes to being a human being.  Every time I turn on the television, it would seem,  he gives me a new reason to despise him.  Just when I thought I couldn’t hate him anymore he goes and does this…..AND TOTALLY REDEEMS HIMSELF(well sort of).  This little short film by Spike Jonze is interesting to say the least and Kayne is pretty fucking cool to be able to make fun of himself at this level.  Just watch this 2 part video and tell me if it makes sense to you. (video 2 after the jump)

END_OF_DOCUMENT_TOKEN_TO_BE_REPLACED

Kanye’s Chick, More Topless Psuedo Celebs, When Will They Learn? 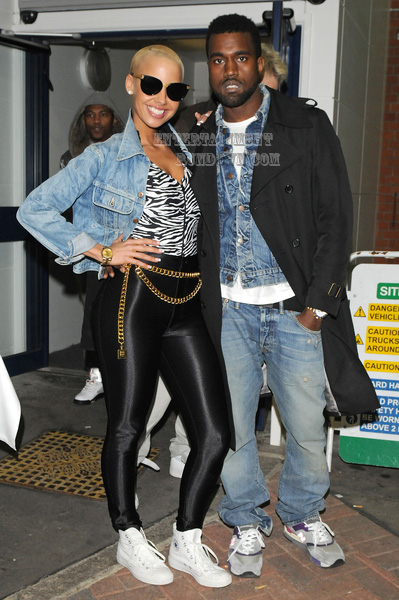 Amber Rose, Kanye’s supposed girlfriend is topless on the Superficial. Click on her name to renavigate to her beach pics. The Disclaimer as follows goes, this is not a tabloid site, but again, NerdBastards want to see topless celebs…And I’d be ashamed if you all didn’t! Following pics, will be semi-nude with just a click. Enjoy Bastards!