The Curtain Comes Down on ‘Turn Off the Dark’

It seemed like it was never going to open in the first place. Spider-Man: Turn Off the Dark, the big, Broadway musical adaptation of the Marvel Comics hero, began production in 2007 and burned through millions of dollars, saw several changes in cast and production staff and had more than a couple of on-stage injuries, all before preview performances had even begun. Still, Turn Off the Dark has managed to eek out a place for itself on the Great White Way, at least it will until this coming January. END_OF_DOCUMENT_TOKEN_TO_BE_REPLACED

The Internet Wins! – TMNT No Longer Aliens in New Movie

It’s only been a bee in our bonnet for, like, ever, but apparently, someone working on the new film version of Teenage Mutant Ninja Turtles has seen the light.

News out of CinemaCon in Las Vegas this week seems to indicate that the powers that be at the studio Paramount, or Michael Bay, or director Jonathan Liebesman have learned their lesson. Paramount debuted a new logo for the movie formally known as Ninja Turtles, and it read, “Teenage Mutant Ninja Turtles.”

Hallelujah. The lack of “Teenage” and “Mutant” in the title reinforced both the rumor, and the information culled from the allegedly leaked script of the project, that the Turtles were going to be alien in the flick, and not teenage mutant Earth turtles who learned the martial arts skills from a mutant rat. There’s been a lot of discussion about how awesome/terrible this was going to be depending on the point of view of who is being talked to, but the scale definitely tipped on the side of terrible.

So is this a surprising development? Well, a cast member of the new film said last week that fans shouldn’t believe everything they’ve read on internet, but has that turned out to be the case here? Or maybe the producers heard the screaming and yelling, and decided to clear the table.

What do you think, Bastards? Excited about the film now, or are you still dubious?

The Alien Cathouse will soon be a thing.

You read that right. Dennis Hof, a senior pimp who owns a shitload of whorehouses in Nevada as well as the Moonlite Bunny Ranch, is going to open up an alien-themed hoe-house called The Alien Cathouse.  You might know the guy from the HBO reality series, Cathouse.  Obviously, he isn’t so good with titles. You can see why he only dates prostitutes; there’s no way he’d ever land himself in a real relationship.

Dude owns the most brothels in the state of Nevada, and plans to break another record by opening the first sci-fi themed whorehouse EVAR where he intends to showcase “girls from another world”.  Does this mean these chicks will be green with 5 tits or something like that?  If you find that shit sexy, you might as well go find yourself a brothel based on tentacle pr0n.

Apparently the details haven’t quite been ironed out aside from Hof throwing out random catch phrases and shit, but as fucked up as it is, it’s definitely a place that y’all must make a point of checking out next time you’re heading to Vegas… because, really, what the fuck?  Way to show these chicks a whole new way of making up for their daddy issues!

What do you guys think?  Personally, I can’t take this shit seriously but it’s absolutely a novelty that must be explored.  Because, really: what the fuck?

Who would have thought the “City of Sin” would be the place for Warner Bros. Animation to announce the upcoming line of  DC Nation animated shows. During this years Licensing International Expo in Las Vegas Warner Bros. gave their viewing audiences a look at Green Lantern: The Animated Series, coming in late 2011, as well as Cartoon Network’s Young Justice. In addition, there are some images from ThunderCats, premiering on Cartoon Network July 29th. Thanks to SuperHeroHype for supplying the images from the expo, they might now be as new as we think but they still look better then anything this bastard could draw.
END_OF_DOCUMENT_TOKEN_TO_BE_REPLACED 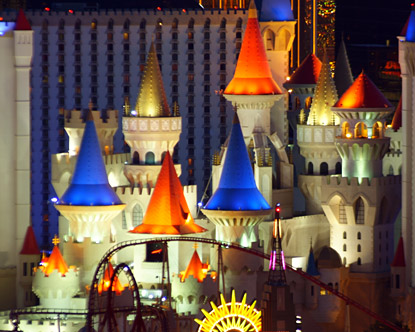 Although much of Las Vegas is overrun with bros and douches, there is so much for the Nerd.  You just need to know where to look.

END_OF_DOCUMENT_TOKEN_TO_BE_REPLACED

When Not Ruling the Galaxy, Darth Vader is a Reverend!

Viva Las Vegas!!! Yes it’s true, it’s damn true. A NerdBasterd’s dream. This past weekend I was privy to Han Solo, and Princess Leia being wed by the dark lord Darth Vader!

Of all the theme weddings you can get, this is by far the dream. Only other ones I can imagine, would be Lord of The Rings and last but not least Star Trek.

I travelled 2900 miles for a day and half just to see my friends get hitched, congrats to Chris and Crystal, and the balls, and unashamed, unabashed NerdBastardness of it all!!!!!!