Space Invaders Movie Is Back on Track

This morning we reported that the adaptation of Playstation 3’s Uncharted: Drake’s Fortune was moving forward, and now we can report that another video game-based movie is taking a set forward in development. Get ready for Space Invaders the Movie!

Yes sir, the 1978 arcade game created by Tomohiro Nishikado, where the player must use their laser canon to shoot down row after row of attacking UFOs, might soon be coming to a theatre near you thanks to Transformers producer Lorenzo di Bonaventura. Di Bonaventura picks up the baton dropped by producer Mark Gordon (The Day After Tomorrow) when he optioned Space Invaders through Warner Bros. last year.

The next step for di Bonaventura is to select a writer and start developing a story, which should be interesting because what exactly is the story for Space Invaders? Perhaps it will be about a lone gunner forced to face an advancing alien armada all by himself. The gunner could be played by Shia LaBeouf or Jesse Eisenberg, and they can wise-crack all the way through the movie as the alien ships start attacking faster and faster…

Probably not. But we’ll have to wait and see if the production team can come up with a compelling and original idea through which they can cash in more than the game’s name cache. With recent releases like Skyline, Battle: Los Angeles, and the upcoming Cowboys & Aliens, the invading spacemen market is already a crowded one.

Space Invaders will be competing with Roland Emmerich’s Asteroids to see which movie based on a classic arcade game can make it to the cinemas first.

*Note: the above report was written by NB contributor Adam A. Donaldson 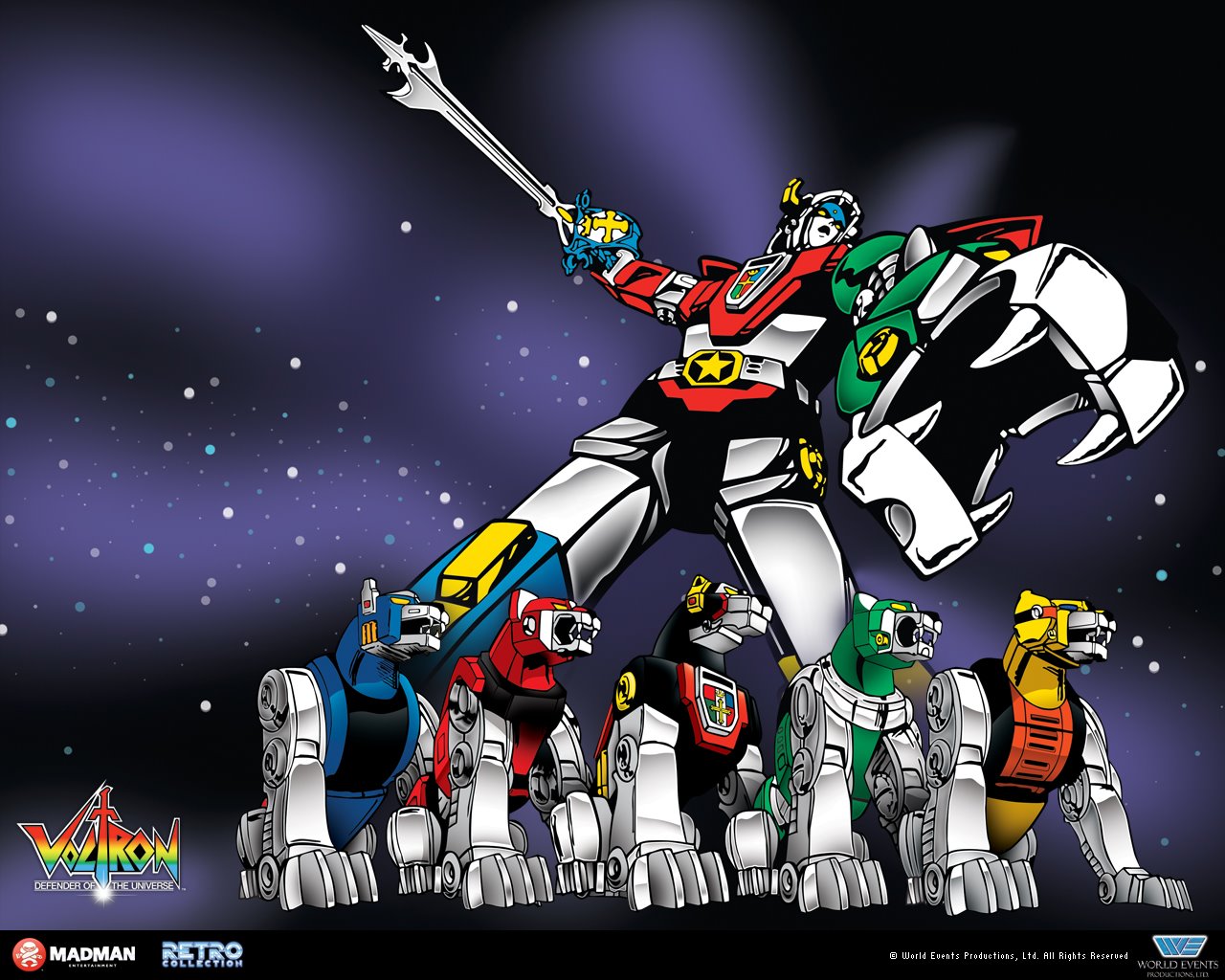 Does anyone even want a movie based on Voltron, the early 80’s animated series about 5 robot lions that unite to form a giant space warrior? Especially given that expectation VS. reality hardly ever match up when Hollywood’s involved. You know as with any cartoon property proposed for live-action treatment, that it’s destined to have a farce of a story, crappy acting, be set in America, feature 1 or more bimbo whore in some unnecessary sexy slo-mo scene, have a bunch of explosions and be directed by either Michael Bay or Stephen Sommers. That’s the fate of every beloved child hood cartoon. Voltron and other 80’s animated shows will never be a James Cameron or Christopher Nolan joint. Accept that and more on.

Fore those of you who are clinging on to some remaining bit of false hop, here’s the latest update on Voltron. While our defender of the universe is off fighting some galactic asshole in space, Vulture hears that a bidding war has broken out to finance a Transformers-size blockbuster retelling of the legend of the iconic robotic lions and their human pilots; Ryan Kavanaugh’s deep-pocketed Relativity Media is one of the very interested parties trying to sell itself to World Events Productions, the St. Louis–based company behind the original show.

Voltron has had a hard time making it to the big screen. A film by Mark Gordon (League of Extraordinary Gentlemen), with a script by Enzo Marra, was in the works. Marra’s script was described as “a post-apocalyptic tale set in New York City… [in which] five ragtag survivors of an alien attack band together and end up piloting the five lion-shaped robots that combine and form the massive sword-wielding Voltron that helps battle Earth’s invaders.” A property rights battle between World Events Production Company, and Toei Company Ltd. halted it. Meanwhile, Atlas Entertainment producers Charles Roven (The Dark Knight Rises) and Richard Suckle had been developing a script with screenwriters Thomas Donnelly and Joshua Oppenheimer (who wrote the upcoming Conan the Barbarian reboot), and concept art had leaked last fall. Although, no updates from them beyond concept art have lead fans to believe the project was in turnaround.

In it all, Relativity Media has been the one point of interest and they’re circling the property again, in hopes their big money will win over World Events Production. At any rate, the interest from Relativity is a good sign that this movie could happen.

No word on when it will be brought to the screen, though 2013 seems to be the target date. Can I go back to fapping now?