Holy shittake (FYI I hate mushrooms and can we stop shittake being a commonplace curse word replacement?)! Today is one busy day for super hero movie news. And honestly, I’m cranky and a little too inebriated to give a hoot. I’d rather be masturbating (wouldn’t we all?) and watching this compilation of hot girls sneezing (why? It’s gross but oddly enough I can’t look away). Alas, it is Nerd Bastards duty to give fanboys and girls the means to speculate, shake fists, possibly be amused but almost always be disappointed in movie adaptions of iconic heroes. So go grab a pineapple (simply because they’re delicious) and hit the jump for a bunch a bits that do nothing but ruin or lessen your future movie experience. 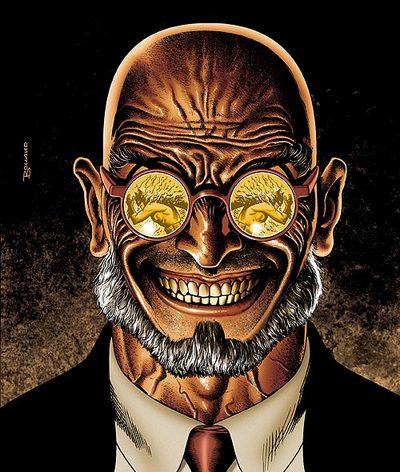 Dr. Hugo Strange in the Dark Knight Rises After all?

*rolls eyes and scratches ass* The one constant rumor in regards to Christopher Nolan‘s The Dark Knight Rises is that the villainous psychiatrist Dr. Hugo Strange -who prances around as an anti-batman- would appear, if not be the lead big bad in the 3rd Bat installment. Rumor kinda went the way side when Anne Hathaway and Tom Hardy were cast as Catwoman and Bane. Then Joseph Gordon-Levitt got thrown into the mix as Alberto Falcone or Black Mask… I don’t fucking know. I think Talia al Ghul is in their somewhere too. Regardless, too many baddies means not enough room for something Strange. Or could it?

In a production update via My Entertainment World, the site offers the following:

While the validity of the site is questionable, the productions opposite TDKR are verily accurate. And also, with the confirmed villains appearing in the film, Hugo Strange’s “plan” could easily involve Bane, Catwoman, Talia al Ghul and even Alberto Falcone. But I’d just as easily dismiss it.

MORE STORIES AFTER THE JUMP

END_OF_DOCUMENT_TOKEN_TO_BE_REPLACED

Nerds HATE Fox. It goes with out saying, but when it comes to comic-book films the studio has made one ridiculously bad decision after another, taking source material and twisting it in every hideously fucking way possible. Don’t believe me? Well, then I dare you to defend the following films: Elektra, The Punisher, Daredevil, Fantastic Four 1 & 2, X-Men 3 and X-Men Origins: Wolverine. Go ahead, I’ll wait.

FOX is like the Hitler of comic-book movies. A universal opinion shared by all  true nerds. Of course, us nerds and our voices have no power. We scream, we yell, we shake our fists, yet bad super-hero movies continue to get made. We need men on the inside, men on the ground-floor to take our message and fling it like a molotov cocktail right at faces of the ass-clown studio heads. We need guys like Rob Liefield!

Who is Rob Liefield? Pour hot coffee on your face, you clown-shoe dumbass. What kind of nerd are you if you don’t know the creator, writer and artist of the “Merc with the Mouth”, Deadpool?

Anyway, Rob Liefeld recently laid the smack down on 20th Century Fox via his twitter account. He rips into the studio, attacking their terrible comic book movie track record.  He also shares his feelings about the new Deadpool movie, and he’s obviously not happy with how Fox is handling it.

Liefeld went all out on twitter yesterday and ripped into the studio with the following tweets:

Dear FOX studios, get your act together. Deadpool is not Green Lantern, not a family film. DP is “filthy” think Expendables $ w/ RR

Also FOX, find your balls and film the script from Rheese[sic] and Wernick. You will make loads of money and thank yourself later.

Dear FOX, these five will show up and slice your nutz if you screw DP up! http://twitpic.com/3c8ym2

FOX is always worrisome to me @JStud Not exactly the greatest track record. DP is in their hands.

My favorite part of the Deadpool script…um….EVERYTHING. Perfection.

Liefeld…we salute our nerd flag in your honor. You sir truly are the king of kings.

The only good thing that most would say that came out of the Wolverine movie was that we would see a Deadpool movie starring Ryan Reynolds. Now, with all the Green Lantern stuff going around and taking up Reynolds time, the chance for a Deadpool flick seems to lessen and Rob Liefield, one of the creators of Deadpool, seems to think so as well. It all started with a tweet Liefield saying how WB doesn’t want Reynolds to play as Deadpool anymore. After that, he tweets how FOX needs to do something before it’s too late since WB does have plans to film GL sequels back to back if the first film does well.

Is it safe to say that we may never get that Reynolds/Deadpool film? As much as I want it to happen, I’m sure WB will try to pull something from their ass to prevent it anyway. What do y’all think? You think the Deadpool film is “dead in the water” or is there some slim chance of it still happening? If it does happen with a different actor, who do you think should play as Deadpool then? Tell us what you think.