After watching this clip I can imagine a new bonus level on the next Just Dance video game where you dance your way into your Iron Man armor, or maybe some dancing added to the next Iron Man video game. How will Tony don his armor in The Avengers 2?

This “Spoiler Free” fact sheet is filled with all sorts of goodies and  behind-the-scenes details. Check it out below:
END_OF_DOCUMENT_TOKEN_TO_BE_REPLACED

There is no doubt 2012 is going to be a stellar year for superheroes. Dark Knight Rises, The Amazing Spider-Man, Ghost Rider: Spirit of Vengeance, Man of Steel and, of course, The Avengers. The latter is undoubtedly the most anticipated. Captain America, Iron Man, Thor, The Hulk, Nick Fury, Black Widow, Hawkeye… in a single movie! A super hero extravaganza indeed. If director-writer Joss Whedon pulls it off, he’ll reach nerd level 99. He’ll able to make any goddamn film he wants with no restrictions. If he fails… he’ll still be Joss Whedon, level 98 nerd. So… how does one man, a ginger no less, handle the scope of such a large film? How can he possibly juggle the assortment of big egos and still manage to tell a engaging, satisfying story? In the latest issue of Aussie magazine FilmInk, the director & writer talks about his approach and more.

When it comes to juggling action set pieces, and quite character moments, Joss Whedon claim’s the he’s solved the problem:

“The movie is nine hours long,” he deadpans. The director goes on to add that the reason he jumped on board with Marvel was because of the perspicacious casting that was already in place. “They cast people who are actors so people watch them act, so you want to have these quieter moments.” he explains. The tension between those scenes and the momentum of the film is ultimately what is going to make the film exciting, but it’s going to make the editing processs unbearable.”

END_OF_DOCUMENT_TOKEN_TO_BE_REPLACED

Want to Own a Piece of Iron-man or The Hulk? Now You Can!

Admit it, you’ve always wanted to own something from one of your favorite movies. Rubbing that piece of movie memorabilia over your naked body (everyone wants to do that, right?) is worth shelling out several months rent, right? Well, you’re in luck, Marvel is auctioning off pieces of Iron-man 2 and The Incredible Hulk. Everything from Black Widow’s catsuit to Iron Man’s suitcase armor, samples of Bruce Banner’s blood and MOAR!

Check out the official press release from the site as well as details on how to bid.
END_OF_DOCUMENT_TOKEN_TO_BE_REPLACED

It’s here! It’s here! In what might be one of the most anticipated trailers ever, the first official teaser for The Avengers debuts online. I don’t want to hold you up, go, quickly, below, click play!!

Whoa, right? Mind’s a little blown? I think that can be expected. We saw a little bit of everything in this teaser. We saw the amazing results of those explosions they were setting off in downtown Cleveland. We saw many of the scenes previewed in those promotional images. But most importantly, we saw the team together. Oh, and Nick Fury being a badass. How cool was that rocket launcher?

I do think it was a little Tony Stark heavy, but I’m really bothered. His exchanges with both Cap and Bruce Banner are priceless. Plus we got a first real glimpse of Mark Ruffalo as the Hulk! It was quick, but it was there. What did you guys think? Does this teaser have you completely amped for the film? Oh yea, we only have to wait until May 4th, 2012. Only seven months. We can do it, right? Right?!

Marvel Studios presents in association with Paramount Pictures “Marvel’s The Avengers”–the Super Hero team up of a lifetime, featuring iconic Marvel Super Heroes Iron Man, The Incredible Hulk, Thor, Captain America, Hawkeye and Black Widow. When an unexpected enemy emerges that threatens global safety and security, Nick Fury, Director of the international peacekeeping agency known as S.H.I.E.L.D., finds himself in need of a team to pull the world back from the brink of disaster. Spanning the globe, a daring recruitment effort begins. Starring Robert Downey Jr., Chris Evans, Mark Ruffalo, Chris Hemsworth, Scarlett Johansson, Jeremy Renner and Samuel L. Jackson, and directed by Joss Whedon, “Marvel’s The Avengers” is based on the ever-popular Marvel comic book series “The Avengers,” first published in 1963 and a comics institution ever since. Prepare yourself for an exciting event movie, packed with action and spectacular special effects, when “Marvel’s The Avengers” assemble in summer 2012. In “Marvel’s The Avengers,” superheroes team up to pull the world back from the brink of disaster when an unexpected enemy threatens global security.

If you haven’t been paying attention, we here at Nerdbastards have posted on the Joss Whedon upcoming Avengers, Marvels biggest tent pole film. We’ve been on it like stink on a Monkey and will continue to do so.

Anyway, production began last month and the big question for the movie has been how it’s going to be shot. Specifically, will it be in 3D? Thankfully one of Earth’s Mightiest Heroes took to Twitter to dispel the rumors.

During a small Q & A with fans @Mruff221 otherwise known as Mark Ruffalo told his followers, one in particular, that the film is not being filmed in the 3rd dimension.

“Avengers not being shot in 3D.” You heard it straight from Bruce Banner himself, he’s a scientist after all. The studio is bringing the biggest comic book heros together for one movie, filled with special effects and story to match it, yet 3D is being passed. That’s interesting. I would think this would be one of the rare situations that the 3D experience is warranted, but it’s certainly not a necessity.In fact, it means the cinematography wont be compromised by filming in 3D.

Oh gawd, I just realized… it could still be post converted. Gah! I hope the hell not!

Super Hero Round Up: ‘Avengers’ May or May Not Have Stopped Production on Account of Script Leak, Kevin Feige Talks Hawkeye and Black Widow Movies and Other Future Marvel Plans, and Tom Hiddleston Talks More About ‘Avengers’ 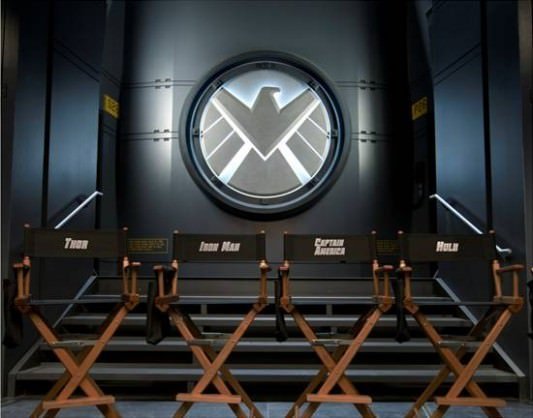 Up in the sky! It’s a bird, it’s a plane…. it’s today’s installment of SUPERHERO ROUNDUP. Where we here at Nerdbastards take all the best parts of the Superhero news, gossip and general water cooler talk out there and bring it to you on one page for those eye sockets. Why bother searching the net for all this news when we do all the searching for you, we’re like that kid who has all the answers on that test you never studied for (we won’t tell). So tie up those web-shooters, sit back in your favorite chair and drink that brew of Vader’s dark side roast coffee because it’s roundup time.

First up: Avengers Halts Production Due to Script Theft

Say what? Everyone is waiting eagerly for next year’s production of The Avengers and someone stole the script from right under Nick Fury’s nose, how dastardly. Apparently someone got a hold of Samuel L. Jackson‘s copy of The Avengers shooting script , and attempted to sell it to any film sites and bloggers who were willing to pony up the cash. Thankfully there is actual good in the world as no such sites or bloggers took the offer to buy the copy. The bad news… a certain unnamed site did post pictures of said script (*cough* comicbookmovie.com)  on their site, which show massively watermarked script pages strewn across a table, that very clearly detail a scene where the Hulk transforms in front of Black Widow as Iron Man and Captain America frantically search a large boiler room.

According to FilmFanReview (who have since updated their report with claims of additional confirmation), the studio had reportedly decided to halt production of the film until the scenes that were leaked are rewritten.

Badass Digest, meanwhile, reports that halting a production of this cost and magnitude would be stupidly unpractical, and claims that a number of sources have backed up his suspicions. They later updated the article with word from a Disney publicist, who says that this is the first they’ve heard of the news.

So shooting has been halted/not halted until all this blows over, hopefully those writers have some pretty fast fingers some nerds won’t wait too long.