You may be enjoying the current trend of superhero movies, but they do suffer from a couple of key criticisms on a general basis aside from the quality of the individual films. For instance, superheroes in these films tend to be white, and male, and for the most part, their nationality tends to be American. The heroes themselves tend to be American, or the action predominately takes place in the United States, heck one of the Avengers is actually called Captain America. So Russia, apparently, is looking to address the imbalance with their own superhero movie. Prepare for the awe-inspiring might of the “Avengers of the East,” the mightiest heroes of the former of Soviet Union, The Guardians. END_OF_DOCUMENT_TOKEN_TO_BE_REPLACED

Darth Vader wanted to bring order to the galaxy, but I guess he’ll settle for bringing order to the Ukraine instead. In the midst of the ultra-serious and unstable political situation in the Ukraine, comes a bit of political theater as the Dark Lord of the Sith has thrown his hat in the ring to run the struggling Eastern European republic. Of course, Vader’s track records with running republics is spotty at best, but believe it or not, Vader has been a fixture in Ukrainian politics for the last couple of years, and this run for the nation’s highest office is just another entry in the character’s political saga. END_OF_DOCUMENT_TOKEN_TO_BE_REPLACED

The BastardCast vs. JCVD, Unicorns After Dark and, Fred the Asteroid

This time on The Real Heroes of Podcasting, otherwise known as The BastardCast, Jeremy and Jason are joined by leather clad dynamo Chris Cummins (Geekadelphia, Topless Robot, & HibernationSickness.com) to do the no-no dance with words and emotion and sexual fervor. Also, Star Wars and a special iTeam investigation, “Unicorns vs. Dragons: Who Would You Rather Get Blown By?” The answer may surprise you. END_OF_DOCUMENT_TOKEN_TO_BE_REPLACED
Leave a Comment

The BastardCast vs Giant Rocks, Huge Flops and, Canada

This time on The Bastardcast: Jeremy and Jason try to keep it together as they discuss meteoroids, asteroids, zombies, and other world enders like Warner Brothers’ development slate and the Dan Harmonless Community. Also, Jeremy and Jason nerd out on all the Toy Fair 2013 news and then fight about A Good Day to Die Hard.

Following that, Jeremy swings low on latest member of the X-Men First Class: Days of Future Past cast, Jason goes off the deep end when Jeremy mocks Han Solo, and they both think the that reports about the demise of the video game industry are premature and full of poop.

Yes, it’s the kind of high brow episode where our fearless hosts let you know that an actor’s artistic worth is determined by how many times he shows peen on the screen. In fact, that’s this week’s special happy fun hashtag, #PeenOnTheScreen.

All that and more #FebruMurray fun as we continue to celebrate noted kickball striker Bill Murray.

So I guess this is really happening. Entertainment Weekly has the first official shot from the upcoming fifth Die Hard movie, A Good Day To Die Hard, and it features father and son John and Jack McClane, bursting down somebody’s door, with guns ready to blaze. So how do things look for the McClane boys? See for yourself, after the jump… END_OF_DOCUMENT_TOKEN_TO_BE_REPLACED

Don’t you just hate it when you’re partying in Russia only to have aliens crash land and start taking over the planet? Fucking aliens.

That’s the premise of the run, hide and learn to fight alien flick from director Chris Gorak. The Darkest Hour stars Emile Hirsch and has him facing a pack of invisible electricity-hungry aliens looking to destroy the planet. In Russia aliens probe you.

The trailer makes the film look like a pretty inventive piece for a formula that’s been well over used. Showing off the aliens lethal wave-energy attack, where the humans (or innocent pup) are cauterized into ash kinda spoils it a bit, but none the less looks very cool. When’s the last time you saw a light bulb used as an early warning device before invisible aliens try to kick your ass?

The Tetris Theme Song Gets Lyrics

This isn’t just the Tetris theme with lyrics clumsily thrown into the mix of the sweet tinkling bells that was the main song of the game. No. This is actually titled, AND is, “A Complete History Of The Soviet Union Through The Eyes Of A Humble Worker, Arranged To The Melody Of Tetris”. And with a band name like Pig With the Face of a Boy, it insures and nails down its absolution. So that song that got stuck in your head back in 1991 when you got your first GameBoy now has lyrics, so now learn the words, and get that shit stuck in your head! You’ll be extremely educated in the way of Soviet Union history.

Some people think Star Wars is weird. I’m not one of those people, but whatever. However, anyone looking at these Star Wars posters from Soviet Russia would be baffled and possibly frightened. Thanks to our friend nerdsalad for posting these, um, interesting posters from a tightly controlled era! 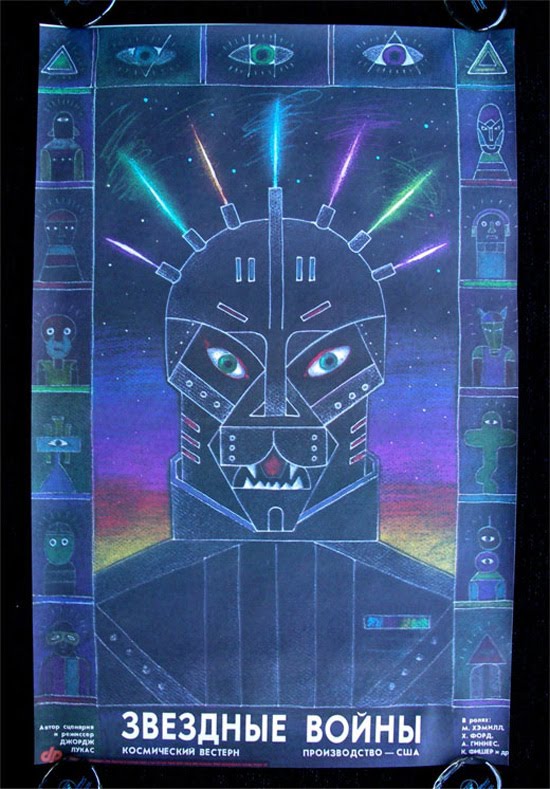 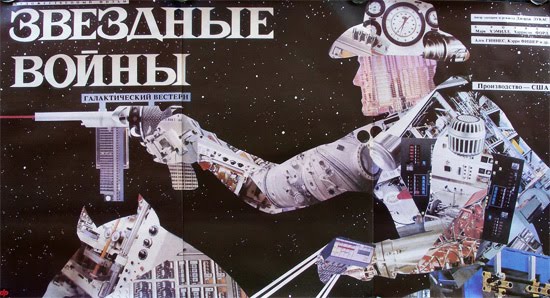 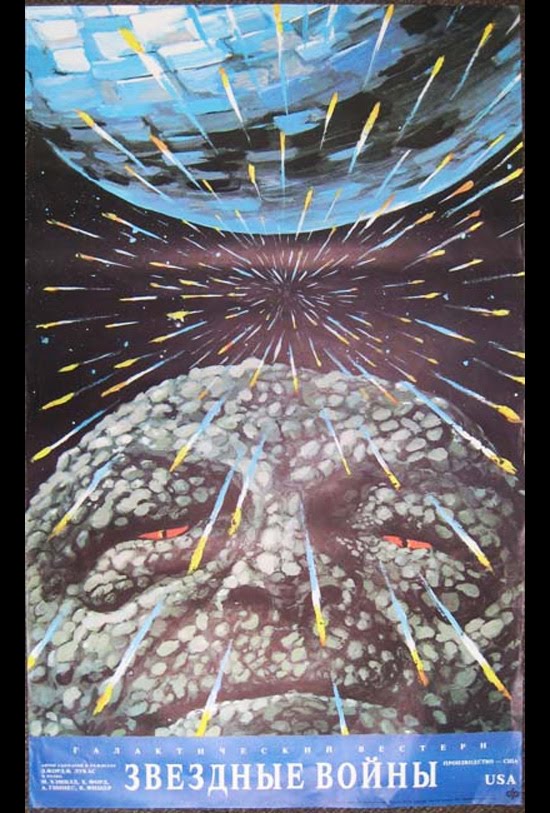 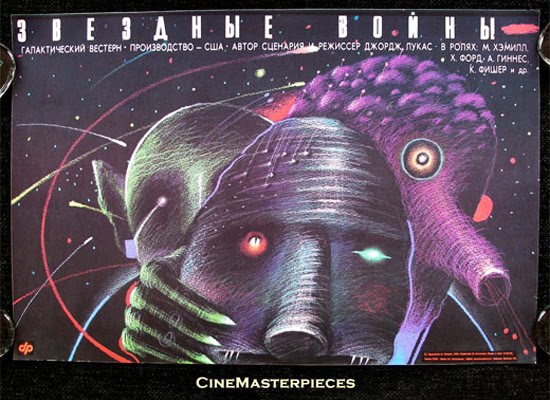