Agent Carter has been pretty sly with its callbacks and Easter eggs to other Marvel Studios works so far. Maybe that’s because it gets to be off on its own in 1946, or maybe it’s because, unlike the early days of Agents of S.H.I.E.L.D., Carter doesn’t to use fan service to cover for languid storytelling. Regardless, Agent Carter seems to like to reward eagle-eyed viewers, like when Anton Vanko, father of Iron Man 2 villain Ivan Vanko AKA: Whiplash, appeared in episode two. And if you though there was something oddly familiar about another character in this past week’s episode, “The Blitzkrieg Button,” specifically in the way she fights, you may be presently surprised and pleased to get this piece of Easter Egg hunting from one of Agent Carter’s producers. END_OF_DOCUMENT_TOKEN_TO_BE_REPLACED

Did you read a Marvel Comic, or see The Avengers, and upon glancing at the S.H.I.E.L.D. flying fortress known as a helicarrier think to yourself, “I have got to get me one of these!” Well so did some people at the Pentagon. The notion of a helicarrier is nothing new, after all it combines all the mobile command awesomeness of an aircraft carrier without that icky possibility of getting splashback from the world’s oceans. It’s the best of both worlds! It’s worth noting that this comes from the government themselves, and not one of those silly Change.org petitions like the one that wants the government to dump trillions into building a Death Star. Nope, the government wants helicarriers legit, and they`re currently accepting proposals on how to get the job done. END_OF_DOCUMENT_TOKEN_TO_BE_REPLACED

As Marvel’s Agents of S.H.I.E.L.D. moves into its fourth episode of the second season, I have to say that I’m fairly impressed. They’ve managed to take a series that was a giant, flaming turd for the majority if its first season run and turn it into something that has us guessing. This week, the show pushes itself even further and keeps the momentum of the first three episodes while introducing some of the casual humor that S.H.I.E.L.D. has tried (and mostly failed) to capture before. ‘Face My Enemy’ keeps the plot rolling while alleviating some of the serious tensions that have been building – the hallmark of a potentially great show. END_OF_DOCUMENT_TOKEN_TO_BE_REPLACED

Since Captain America: The Winter Soldier went into production (if not before), we’re heard about how it was going to be more than superhero movie and be something more akin to the political thrillers of the 1970s, but so far the trailers have emphasized the action and adventure. Hey, don’t get us wrong, we love that $#!%, but what about that political stuff we were promised? Well, maybe this is where it starts. END_OF_DOCUMENT_TOKEN_TO_BE_REPLACED

Agents of S.H.I.E.L.D. has had some ups and downs since its premiere, and while the show’s potential seems obvious to everyone, it’s as though the series has just been missing that little something to make it special. Well, Stan Lee (who’ll be making an appearance on the show when it returns on February 4) has taken the opportunity to sound off on what he thinks would make the show better, and fans will be happy to see that it’s in line with what many of them have been thinking, too. END_OF_DOCUMENT_TOKEN_TO_BE_REPLACED 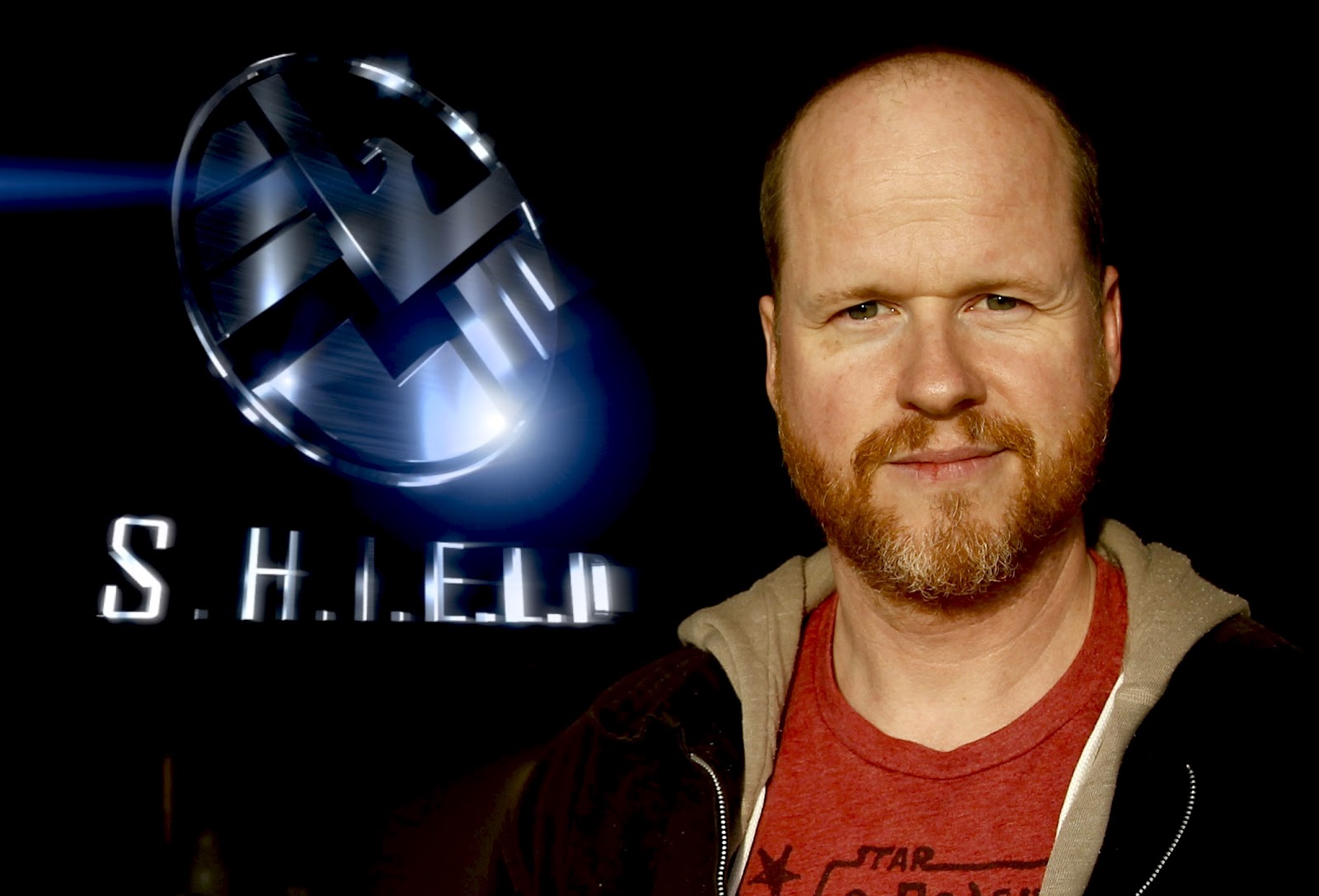 There’s only four days to go until the September 24th premiere of Joss Whedon and ABC‘s The Avengers spinoff television series, Agents of S.H.I.E.L.D. and Marvel has released a new interview with Joss. What could he possibly say about the series that he hasn’t said already? What earth-shattering-Internet-inflaming tidbit can Whedon pull from his magical bag of knowing to bludgeon the world into tuning in? You’re going to have to watch the video after the jump to find out.

END_OF_DOCUMENT_TOKEN_TO_BE_REPLACED

The countdown to Joss Whedon‘s Agents of S.H.I.E.L.D. is quickly running down to the September premiere and we’re starting to see a ramp up of marketing. Today’s example is a billboard out in Hollywood, picture thanks to Entertainment Weekly. We should start seeing more and more as September approaches.

What do you think of the billboard? I like the stark-ness of it, just the symbol. This years SDCC 2013 should also give us a ton of new S.H.I.E.L.D. clips, trailers and interviews to peruse before the show begins airing.

This trailer will debut tomorrow night during the NBA Finals:

The countdown clock continues to click slowly down for the September premiere of Joss Whedon‘s Agents of S.H.I.E.L.D. and the return of Agent Coulson (Clark Gregg). Whedon recently sat down with Entertainment Weekly and discussed Coulson’s return.

“Well, it’s a very interesting explanation… We’re gonna earn it, that’s not something you take lightly.”

Whedon went on to stress the importance of the series “stands alone” quality for new viewers, offering them an entrance into Marvel Comics’ world of super spies and super heroes.

“It’s very important to me that the show stands on its own, that people who never saw any of the movies can tune in and enjoy it. We like being a part of the Marvel Cinematic Universe, we like having all of the mythos to play off of. But if the show was “You just missed Tony Stark, wow, he was just here!” it would be the most unsatisfying show ever. We have a new ensemble, apart from Clark, it’s all people I’ve never worked with before, but I’m really excited about them, I’m really proud of them and I think people are just going to want to see them every week.”

When Whedon was asked about the role actor J. August Richards is playing in the upcoming series, (Many believe the character to be “Rage”), Whedon responded:

“I’m not going to say who he’s playing, but he’s certainly cranky as you can tell from the trailer. It’s great, he came in to guest star and he tears it up. He’s got that kind of energy, he’s so much fun, and such a lovely guy.”

I’m hopeful this series will bring new fans to comics and local comic book stores. The more the merrier. What are you looking forward to seeing in the series?

Joss Whedon’s ‘S.H.I.E.L.D.’ Gets an Official Title and Synopsis

Everyone is waiting for it and everybody wants it, but it’s still months before we get to see it.  I am speaking of Josh Whedon’s upcoming S.H.I.E.L.D. television show, of course.  Now, a little more news from the deep voids of the Internet, an ABC press release that reveals the new show’s official title and gives us a bit of a synopsis.  Check it out below:

Joss Whedon (MARVEL’S THE AVENGERS, Buffy the Vampire Slayer) shows us not all heroes are super with MARVEL’S AGENTS OF S.H.I.E.L.D.

Fresh from his role in the summer’s box office smash, MARVEL’S THE AVENGERS, Agent Phil Coulson (Clark Gregg) returns to the worldwide law enforcement organization S.H.I.E.L.D. He puts together a small, highly trained, team of Agents to tackle the cases that haven’t been classified yet, the new, the strange and the unknown. That team consists of straight arrow Agent Grant Ward (Brett Dalton), an expert in combat and espionage; pilot and martial artist Agent Melinda May (Ming-Na Wen); and brilliant if socially awkward scientists Agent Leo Fitz (Iain De Caestecker) and Agent Jemma Simmons (Elizabeth Henstridge). They’ll be joined by civilian new recruit and computer hacker Skye (Chloe Bennet).

Prepare for an epic adventure that showcases the hope and wonder of the human spirit. This is a world of Super Heroes, aliens and the unusual – of action, spectacle and world spanning stories. The show will speak to the human condition through the lens of our very human, non-powered S.H.I.E.L.D agents – that together we are greater than we are apart, and that we can make a difference in the world.

As far as the synopsis goes, it ain’t much that we haven’t already heard of.  Then again, this press release was put out there to attract advertisers, so it’s not really an information-packed piece of writing.  But it’s about as good as we’re gonna get until (Marvel’s) Agents of S.H.I.E.L.D. hits the airwaves come this fall.

Thanks to GeekTyrant for the heads-up.