New Line Cinema to make a new ‘Mortal Kombat’ with ‘MK: Rebirth’ Director at the Helm

In 2010, Mortal Kombat rose from the ashes of the forgotten and its new format made it a hit on Youtube  Mortal Kombat: Rebirth, a series of short live-action episodes, with its astounding graphics, choreographer, and story line people all over the web watched weekly and were left wondering “What’s next?”At the time of release, people speculated that these short episodes were meant as a way for Director/Choreographer Kevin Tanchareon to test the waters on making another full-length Mortal Kombat film. In reality,  Tanchareon and his studios purpose for the short web-series was meant as an audition for the company to consider him to make a film.

Well, it looks like the audition payed off. New Line Cinema has officially started plans on making another Mortal Kombat film, which will be written by MK: Rebirth writer Oren Uziel  and directed by Tanchareon. Slashfilm reports that:

“Deadline and THR both report on the film but there aren’t many details. No actor deals are in place, and there isn’t even a script. THR says ‘ new story will not serve as an extension of the game of digital series.’ That’s a bit mangled, but if you replace ‘of’ with ‘or,’ it makes more sense. In other words, this MMK will be an all-new thing rather than something that spins off a story from the recent games or the web series.”

So for all of those who whose palates are unquenched by the amazing shorts brought out by Tanchareon your wishes have come true! He will now be working on the next new installement to the Mortal Kombat franchise.

Sony has just released images of costumes, scene, and key characters to appear in The Amazing Spider-Man. These images give everyone a good look of what to expect before the official film footage release at Comic Con. After taking a look at some of the photos I must say that I really like the fresh new image of Andrew Garfield as Spidey. He looks amazing as Peter Parker, and in the suit he looks just like the classic Spider-Man.Writer Russ Fischer of Slashfilm describes Andrew Garfield as:

“potentially all awkward and a bit gangly but primed for the transformation into a hero.”

Check out the photos after the jump, and tell us what you think about this new step in the Spider-Man franchise.
END_OF_DOCUMENT_TOKEN_TO_BE_REPLACED 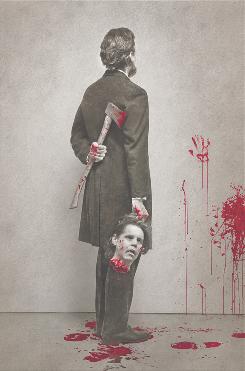 “I have to tell you something very Important.”

“No…Yes,but thats not the point. Please, I have something important to tell you, meet me at the picnic table in 10 seconds…”

“Hello beth you may recall 10 seconds ago I asked you to meet me here, at the picnic table…”

…….OK you should all get the movie quote, if you don’t? Well then how dare you call yourself a nerd!!! Ok, so you may recall last week I wrote column making a big deal out of the the “Then unknown” Abraham Lincoln: Vampire Hunter…Well First things first. Here is the made for commercial ad for the book (not the film)…Which looks funny as hell. But that is just part of this news..I came down from the mountain and called dibs like Moses…

Tim Burton and Timur Bekmambetov, are teaming up again to produce a project:They’re banging out the JUST released book, Abraham Lincoln: Vampire Hunter by Seth Grahame-Smith, author of Pride and Prejudice and Zombies.

reports the deal, but doesn’t have much additional detail. Grahame-Smith will adapt the screenplay from his own novel. Interesting choice, as when an author adapts his own work for the screen there’s always a chance that he won’t be able to get any distance from the material. That can make paring down the text a problematic enterprise. Then again, who better to get inside the material than the creator?

We have yet to hear if Burton will direct…Or the other guy..My bet is Burton, seems right up his Alley.
Via Slashfilm AND NerdBastards
Leave a Comment

Threadless has released a totally radical zombie tee. While vampires and zombies are all the rage at the moment, all the wacky and useless products are beginning to get a little stale…UNTIL NOW Slashfilm.com has found a gem and I’m stealin’ the mo’fucka for personal gain and fortune!! Mwah ha ha!
The artist has stated:

“This design is an homage to a bunch of different zombie related influences: Dawn of the Dead, Shaun of The Dead, The Evil Dead, Left 4 Dead, Resident Evil and MJ’s Thriller to name a few. I imagine this guy is probably making a last stand as a distraction whilst his friends get to the chopper.”

Thats all well and good, but I think it looks like Ash, with a chainsaw on one hand, and his boomstick in the other while looking at them cooly and saying….”Come get some”……Actually, if you look close…I think it actually IS Ash…
Leave a Comment