Family Guy Turns To The Dark Side

As I lay in bed watching Family Guy last night (and may I add laughed my ass off when Stewie was sucking on Peter’s nipple….) I didn’t think the episode could get any better…and then I saw a preview for the Something Something Something Dark Side, the Family Guy Spoof of Star Wars Empire Strikes Back. So I just felt the need to share this vital information with you. It will be released on DVD and Blu-Ray on December 22. Go out and get it!!!!! From what I’ve seen of the clips MacFarlane will be having us keeled over and falling out of our seats. Just my hypothesis. Check out the trailer after the jump!

END_OF_DOCUMENT_TOKEN_TO_BE_REPLACED 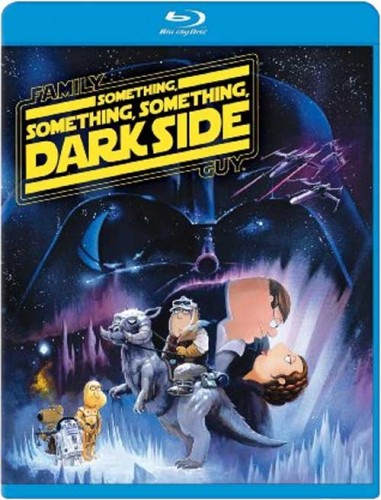 Stop the presses!!! Stop the Presses!!! Ahh!! Can’t compose Without Gramatical errorssss!!!!! The follow up to the stunningly funnily Family Guy “Blue Harvest” Star Wars spoof was excepted with such high regard it has garnered a sequel. Thats right, December 22nd, the followup “Something, Something, Something, Dark Side…” will be released, honoring the path of Empire Strikes Back. Follow the White Rabbit all the way to Amazon for ordering.

This should be better than Episdoe 2. Understand the joke after the jump. END_OF_DOCUMENT_TOKEN_TO_BE_REPLACED