We are only days away from Superbowl 50 and already the rumor train is going full steam with bookies breaking the bank with bets from people hoping to hit the jackpot and the possibility that this could be the legendary Peyton Manning’s final run for the crown. Not surprising however is the hype for the ever popular Superbowl commercials. This years series of  ads promise to be some of the biggest ever with over 30 celebrities becoming pitchmen for your favorite brands, including Ryan Reynolds and Liam Neeson. Now, however, we are getting our first look at what could be the oddest casting choice ever, Willem Dafoe as Marilyn Monroe.

END_OF_DOCUMENT_TOKEN_TO_BE_REPLACED

Chris Evans and Chris Pratt Complete The Second Phase of Their Superbowl Bet!

The whole thing started on Twitter in January when Evans noted that their two home teams were set to battle it out in the Super Bowl. After Pratt returned the smack talk, Evans challenged him to a bet: The loser would appear in costume at a local children’s hospital, wearing the winning team’s jersey.

Evans actually won their bet with the New England Patriots winning the Super Bow, but the actors decided to be superheroes in real life as well and visit both!

After the dust settled from the NFL playoff games over the weekend, Seattle Seahawks super-fan Chris Pratt (Parks & Rec, Guardians of the Galaxy) and Patriots super-fan Chris Evans (Captain America: The First Avenger, Snow Piercer) started up some Twitter banter which quickly lead to an all out Superbowl Super Hero Civil War! It’s on y’all, and to the victor belongs the spoils. What could these two Hollywood Super Heroes be wagering? END_OF_DOCUMENT_TOKEN_TO_BE_REPLACED

As others got ready for the Superbowl, I put on my little brown boots and headed to the movie theater to see Chronicle. From what I glimpsed of the trailer, it seemed like an interesting take on “superpowers”. There have been films in the past years that have touched on the topic of the moral changes of a person who has supernatural abilities. The plot line though, is centered around children who, if turned evil, will eventually turn good and close out to a happy ending. If that is what you are expecting out of this film, think again.The films plot is as follows:

“Three high school students make an incredible discovery, leading to their developing uncanny powers beyond their understanding. As they learn to control their abilities and use them to their advantage, their lives start to spin out of control, and their darker sides begin to take over.”

Chronicle, despite having a modest box-office prediction, is doing rather well this Super Bowl weekend and as of this morning is ranked at the No. 1 spot with $22 million dollars, beating out the projected $8 million. Chronicle, follows the film styling of Blair Witch Project, Cloverfield, and Paranormal Activity all of which use found-footage to relay their stories.

Disclaimer: From this point on there are Spoilers galore, so if you do not wish to ruin the film for yourselves STOP Reading. If you are one of the curious bunch….you were warned….have fun!

END_OF_DOCUMENT_TOKEN_TO_BE_REPLACED

Well it had to happen, it was just a matter of time. I’m just glad that the video production is pretty good and not some hack job to be first up on YouTube. Everyone thought that Volkswagen commercial was cute, myself included. Then i started to think about it. With that one gesture of Nerd compassion that father built a resolve in the son that could have gone horribly wrong in that child’s teenage years.

Anyone remember this kid? 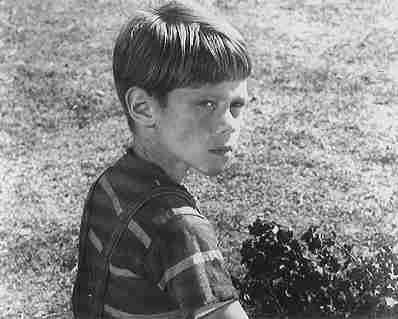 Well it’s not so funny when some kid has “Wishing things into the Cornfield” type powers. Watch what happened a few months later as the Volkswagen kid, frustrated by his loss of his “Force” powers suddenly develops those powers through sheer determination.