Pointed and sharp bladed swords are NOT toys, and should not be treated lightly. They can, and in this case, DID cause serious injury.

This weekend in Houston, TX a cosplayer apparently broke up a fight between his ex-wife and her new boyfriend with a replica of Link‘s famous Master Sword from Nintendo‘s Legend of Zelda video game franchise.  END_OF_DOCUMENT_TOKEN_TO_BE_REPLACED

The Sword of Samwise Gamgee, Or “The Fat Hobbit’s Toothpick” 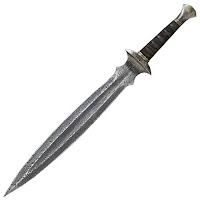 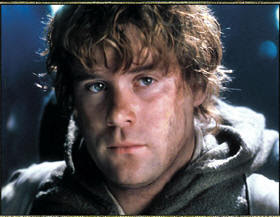 It seems like yesterday I was saying that they had just released the final weapon in the long line of Lord of the Rings replicas, so why shouldn’t they make a liar out of me? The only Hobbit worth his weight in Lembas Bread who could wield a blade and take out a couple of orcs, has just gotten his own replica. Samwise Gamgee’s sword was given to him by Aragorn to protect Frodo from well…Everything. There are two available, a mirror polished and a movie quality museum version…This link has the best deals as well as variety right here. Check it out!