Not all of the costumes are meant to directly reference any particular superhero… but the theme is there and they are fuckin’ hot.

So hit the jump to check out some bangin’ tits and ass!

END_OF_DOCUMENT_TOKEN_TO_BE_REPLACED

Guess Who Directed A Victoria’s Secret Ad? Michael Bay…Yes. It IS What You Think. 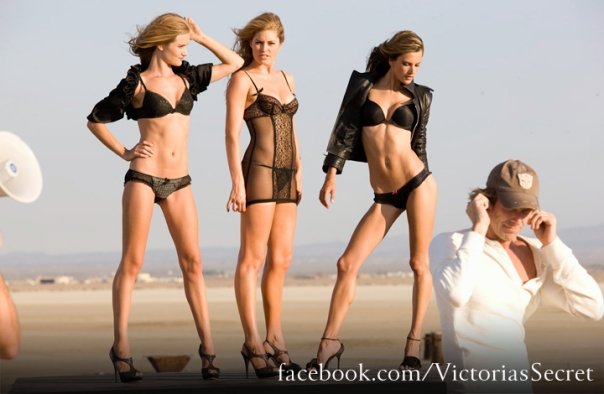 If anyone in the world of film could direct a Victoria’s Secret Commercial and put explosions in it and helicopters and sexy chicks posing practically naked in front of said explosions, who would that director be? All together now.

Yes, Michael Bay has just gotten even cooler to me.

So. After all the hype. Al the waiting. All the jokes. This months Playboy came out with Marge Simpson posing naked in it, and let me tell you….What.A.Disappointment. This had to have been one of the biggest deals to cartoon NB’s since Lara Croft posed naked for video game geeks! With the propaganda pouring over us like chloroform overa beautiful young lass, everyone was hyped and ready. When my mag showed up (Black label Society style), I eagerly tore into it…For the articles of course..And saw to my dismay that the Victoria’s Secret model Alina Puscau was gracing the cover..Was I ill informed? Was it next months issue? No. Sadly on the side bar was an ad for “The Devil In Marge Simpson”, named cheekily, i think, after the old 70’s porn title. So I flipped it open and FOUND!!!!…..Nothing. Nothing but 1 picture. 1!!! Only 1 fucken picture!! It didn’t even show us if Marge was a natural Indigo…

Anyway, see for yourself and tell me if you’re a tad disappointed or thrilled. END_OF_DOCUMENT_TOKEN_TO_BE_REPLACED