It’s hump day and the news is slow. While we wait on the latest in nerd pop culture, let us marvel at this piece of nerd art by David Hillman and Mark Mckenna (he’s the inker, but nobody has the heart to tell him he’s a tracer).  Titled ‘Darth Vader vs. Aliens’ it offers a bit of a plausible “what if?” scenario. The imperial empire in ‘Star Wars’ conquered a huge part of the galaxy. It’s entirely possible that the dark lord of the Sith would encounter the acid bleeding, tail whipping, mouth snapping, Xenomorhp Aliens. What would be the outcome of this crossover? Duh! He’s Darth FUCKING Vader. Pure Alien Ownage. Force choke the Queen and for good measure kill her younglings.

END_OF_DOCUMENT_TOKEN_TO_BE_REPLACED

Tales from Mordor, LOTR from the Losing Side 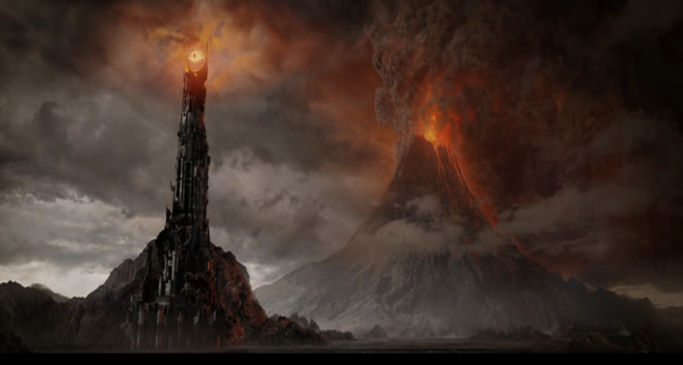 “History is written by the victor.” ~ (attributed by Winston Churchill)

I think I prefer on of Churchill’s other quotes:

“There are a terrible lot of lies going about the world, and the worst of it is that half them are true.”

Two sides to every coin, two sides to every story, who ever said that one sure hit the nail on the head. Russian paleontologist Kirill Yeskov started by tackling a geographical problems he saw in Tolkien’s mythical world of Middle Earth, and ended up writing the story from the viewpoint of the orcs, goblins, trolls and other inhabitants of Mordor. Published in Russia in 1999 entitled “The Last Ring-bearer” the story quickly made it’s way around Europe.

The book had never translated into English or yet published in the United States. Reportedly, some publishing houses have considered a commercial translation of this book, which had been published in several major European languages, but abandoned the idea out of fear of the Tolkien estate, which rigidly controls all derivative works, especially in English

Srulik, over at Live Journal enjoyed the book so much that he took the time to translate it into English for his friends and others to read. You can download a PDF file of the translation at the Live Journal link above.

Much like the series of “Wicked” books from Gregory Maguire, Yeskov takes the side of the loser in the great battle for Middle Earth. So how do you think Gandalf, the Elves, or The Returned King were viewed by those orcs, goblins, and humans fighting for Mordor? I bet Legolas was used by Goblin mothers to scare their children into eating all their mold toast. Gimli probably steals Goblin children and eats them. Hobbits . . . dirty little thieving creatures.

I started reading it last night and will do a review when I have it finished. Has anyone come across this before or read it? If so let me know what you thought in the comments.

Last summer the above picture of the Firefly crew dressed in Starfleet uniforms was floating around. I just saw it again and it got me thinking. I’d love to see the Firefly gang pull off a job against those stuffy Starfleet officers. Wouldn’t that make an awesome mash-up? We could see some classic match ups, down and dirty, drag out, mega Fanboy fights.

Click the JUMP to see what Firefly / Star Trek match-ups this Nerdbastard wants to see.

END_OF_DOCUMENT_TOKEN_TO_BE_REPLACED Thundercats Hooo! (Again) So, here’s a little video that may or may not be actual test footage from Warner Bros. CGI feature film adaptation of the classic 1980’s animated TV series Thundercats

Flixclusive posted the following the other day:

“So, this is kind of cool. I got a tip yesterday from an anonymous source that he had test footage of the Thundercats CGI-reboot film. Upon further questioning, homeboy sent over the footage, and it checks out (Warner Bros logo and everything). But before we get to the video, let’s go back to 2007, when Variety broke the news of the reboot. At the time, Jerry O’Flaherty, art director Gears of War and Unreal Tournament 3, was to direct the movie. Then, in 2009, Movieline posted some leaked concept art of the film. As of now, the film has been put on hold, but a new TV series is scheduled to drop this year.”

This isn’t top quality CGI animation, it’s concept test footage after all. Well supposedly, again it might not be official. Could just be a spiffy footage that some talented nerd matched to the concept art. Regardless, watch the clip below for a look at what could have been:

Assuming this is legit. Lion-O as some kind of hipster joke cracking doofus?  I liked the action and the movement, those looked good.  Did they really capture the heart of Lion-O?  I don’t think so.

We dodged a Nerd killing bullet with that one. On the other hand, thumbs up if you think this looks better than the﻿ new Anime that’s coming out on Cartoon Network.

END_OF_DOCUMENT_TOKEN_TO_BE_REPLACED

Sean Hartter has been busy.  He’s been slipping back and forth through alternate dimensions and time lines collecting some of the greatest movie posters ever seen.  There’s some inspired casting in these movie posters.  Eastwood as Wolverine?  HELL YES!  Bruce Lee as Iron Fist?  YES!  Oh no, I think I soiled myself in excitement.  No, just knocked over my beer.  Damn, that makes me even more upset.

On a scarier note, combine these poster ideas with George Lucas buying up the rights to dead actors.  One day soon we may start seeing some of these movies come to life.  Once the technology is out there, don’t for one second think that fanboys won’t make their own movies, just like they do now.  Only then they’ll have access to the stars they want to cast.

Wait, I didn’t see any Nathan Fillion casting in any of those.  What the Hell Sean?

Want to see more?  Click the jump.  Hey!  What star would you recast in a favorite SciFi or nerdy film?  Throw us your thoughts in the comments section after the jump.

END_OF_DOCUMENT_TOKEN_TO_BE_REPLACED

Col. Kilgore of the Rebel Alliance:

“I love the smell of napalm in the morning. You know, after the second Death Star was blown up.  When it was all over, I shuttled down to what was left of Endor. We didn’t find one of ’em, not one stinkin’ hairy Ewok body. The smell, you know that gasoline and burnt hair smell, the whole planet. Smelled like . . . Victory.”

Before Jar Jar came along I think this alternate ending from Ben Hallert would have been the most requested “re-write” of the Star Wars series.  I remember walking out of the theater on opening day, listening to all the other fanboys saying things like, “What the hell is an Ewok?”  “When did Star Wars get Carebears?”  So much hate for the Dark Side to take advantage of.

So many of you are now thinking what about everyone that was on the planet?  Don’t worry, Han, Chewie, and Leia ducked into that Imperial bunker and are safe.  If you think this was a new idea though, check again.  The Star Wars Endor Holocaust site went live back in 1997.  The site takes a very “scientific” look at what really should have happened if the Death Star had been destroyed.

Batman in high school?  Wait . . . Batman in high school, with a cast of villainous school mates?  Does the Joker plot to infect everyone with Mono using the drinking fountains?  Does Killer Croc have to go to Arkham Hall for detention after class?  My first gut reaction is, “Oh Hell No”!

Jeff and Celeste are the artist / writer team behind Gotham High, a rejected/neglected animation series.  Did we all dodge a bullet with this series idea?  I for one, love Jeff’s art, he’s got chops and I expect to see more of him in the future.

Smallville for Batman though . . . I was really not feeling it at first pass.  Now a pitch for the Madhatter to mind control Batman into a high school trap like this sounds like a fun story arc.  Then I started thinking about the possibilities.  The Riddler pulling off crimes at school while posting clues in the school paper?  Scarecrow using the High School chemistry lab to cook up nasty new formulas?  Bane using drugs to get on the varsity team?  Joker pulling practical jokes that go just a bit too far?  Bruce trying to keep the lid on Gotham High?

At first I wasn’t sure this could carry a television audience for anything past one episode, now I am thinking there could be some fun stuff there.  What do you think?  Could they have carried it off?   Did D.C. blow it with another great idea because they keep trying to copy Marvel instead of going their own direction?  The picture below is the original drawing that started it all. 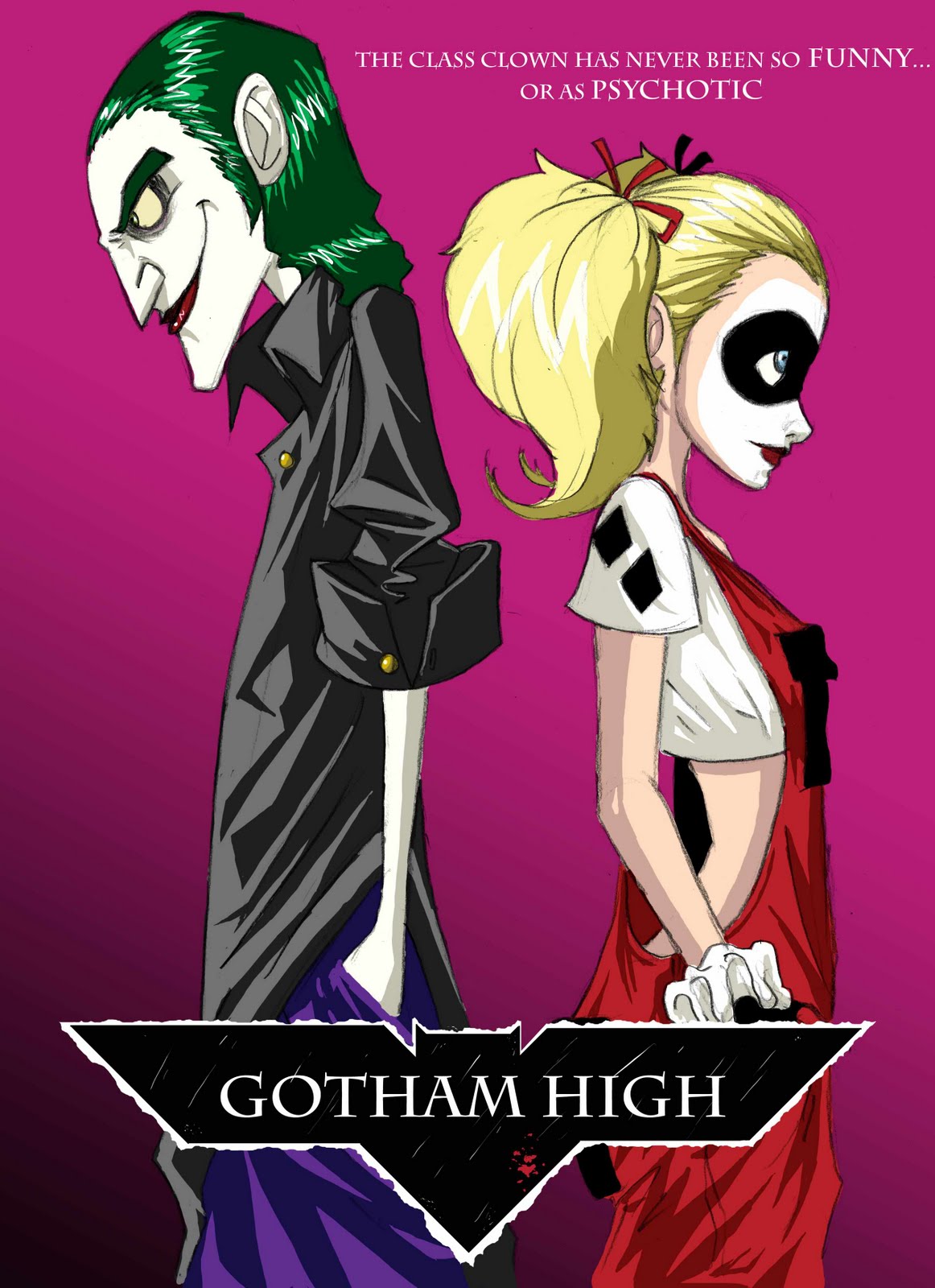 END_OF_DOCUMENT_TOKEN_TO_BE_REPLACED

What If: Luke Became An Intergalactic Model

I already know that some of you NerdBastards will probably not approve of this, but I’m also sure there will be folks that will find this hilarious. The fine people over at Pistol Shrimps, who also brought us Hogwarts Hangover and their rendition of real life Legend of Zelda, have released another well made parody of a franchise many nerds love.

Star Wars: Attack of the Model is a parody where we see Luke Skywalker not become a Jedi master, but become an intergalactic model. With the clip seriously done well and everything just working the way it needs to, Pistol Shrimp has once again brought us another funny hit. So, if you want something that may brighten your day up, then check the video out.

Last month, LucusArts revealed the new DLC for Star Wars Force Unleashed II where players will be able to take Starkiller to the planet Endor during the Return of the Jedi time frame. At the time, most fans only imagine that this was their chance to zap the hell out of Ewoks but LucusArts had something else planned.

Yes folks, LucusArts has set it up where you, the player, kills Chewbacca and Han Solo. Now this isn’t the first time that LucusArts has altered the original trilogy story line as the Hoth DLC from the first Force Unleashed game had a different take for Obi-Wan and Luke as they faced against Lord Starkiller.

What do y’all think of this? Did LucusArts used too much liberties with the story for the DLC or is this the sort of thing you’re looking for when playing video games? If anything, this will be one way to start a nerd fight.

Check Out These Amazing Movie Posters From An Alternative World

We all have had our own share of thinking what if’s when it comes to movie casting. You know, what if that one movie had this guy as the lead instead or what not. Well, GeekTyrant came across a bunch of movie posters that seems to be from an alternative universe. Tim Curry as Joker? Brad Pitt as Plastic Man? Clint Eastwood as Wolverine? That’s right folks, these are just few of the casting choices for certain movies from this awesome universe. Check after the jump to look at many of the posters and start day dreaming about some of these films while I try to figure out how to get to this world.