Editor Note: NB contributor Veronique Medrano will be stopping by every Wednesday to give you bastards the word on the week in comics. Not only will she tell ya what are the good grabs for the week, but she’ll also keep you abreast of all the good stuff going around the comic-book water cooler (Industry news, major story lines, etc.). She has boobs and reads comics. What more do you need to know? -Luke

Fans of Brian Michael Bendis and Michael Avon Oeming’s “Powers” will get to experience the comic via television with FX Networks recent green light on the production of a pilot “Powers” episode. “Powers”,released in 2000 and currently published through Marvel Comics’ Icon imprint, records the lives of Christian Walker and Deena Pilgrim, two homicide detectives that investigate murder cases involving super powers. In an interview with CBR Bendis said:

The guys at Sony and FX and our showrunner are all amazing. One of the reasons I really wanted this show to happen was that I was really enjoying the experience of working with them. We really like each other and the conversations at FX are so smart. They make a lot of smart program. I kept thinking, ‘I would love to continue these conversations while we make a real show.’ So that’s where we are. We’re talking to actors and budgets are being put together. Locations are being determined and we’ll be off and running shortly.”

For the rest of the interview check out CBR‘s article on the announcement and what’s to come for this comic’s transition to the TV screen. Would you tune in to this new cop drama or will you stick with what you know? (ex. NCIS, Law & Order, Numbers, etc.)

The next piece of news is serious press news  for DC comics. Josue Rivera, better known as artist  Justiniano, has been arrested on charges of first degree possession of child pornography. According to the Conneticut Post, the artist allegedly provided a thumb drive to the Luz de Paz funeral home that was meant to contain images of a person for an upcoming funeral. Instead, the employee reportedly found thirty-three images of child pornography on the drive, on of which is said to be the suspect’s niece.  So far, the Conneticut Post has not mentioned his ties to the comic book community, but if they decide to angle their upcoming stories in that direction we can look forward to some very undesirable publicity for the all those into comics.

Justiniano has recently worked on DC Comics  Brave and Bold, along with a story in Doom Patrol and was scheduled to appear at Wizard’s Big Apple Comic-Con Spring Edition May 21-22. I am not a fan of sicko’s like these who give a bad name to what they represent, and sadly he represents artists and comic fans everywhere! I bite my thumb at you sir!

Finally we end this news round up   with Lady Gaga’s artistic makeover in New York Magazine. Superstar comic artist Jim Lee, and Molly Crabapple contributor and illustrator of DC Comics’, along with eighteen others gave “Mama Monster” a new look. All the designers pulled out the stops and created some avant-garde and at other times creepy looks for this infamous popstar. These new looks, of course, are all in preparation for Lady Gaga’s CD set to release May 23. Take a look at some of the comic book artists designs, and see let us know what design you like or despise?

Now that we’re finished with a daily dose of news let’s take a look at the pulls for the week.

First DC pull of the week is Batman Arkham City #1 written by Paul Dini with art and cover by Carlos D’anda. It’s been a year since the Joker took over Gotham, and Gotham is trying to get back on its feet. But an attack by super powered twins, prompts the Mayor of Gotham to call for extreme protection measures. This 5 issue mini-series will fill in the gap between the hit video game Batman: Arkham Asylum and its sequel due to release in October titled Batman: Arkham City. For all of those in anticipation for the videogame, what are your thoughts on the comic? Second DC pull of the week is Flashpoint #1 written by Geoff Johns with art and cover by Any Kubert.  We jump into this new comic series with a “BAZINGA!”, and continue the storyline in Flash #12. Barry Allen awakens to a changed world at the brink of a cataclysmic war. But with Earth’s greatest heroes nowhere to be found, Cyborg and his A-Team of altered are our only hope in a world quickly running out of time.

Now we end our main DC pulls with Superman#711 written by Michael Straczynski and Chris Roberson with art by Eddy Barrows and J.P Mayer. The “Grounded” story arc takes Superman to “Sin City” Las Vegas, but the vacation is cut short with Livewire going out of control and ready to shut down Las Vegas for good. Superman, and Jimmy Olson need to stop Livewire or else inebriated shotgun weddings will be no more!

Flash#12 -“The Road to Flashpoint” ends in this issue, as everything Barry Allen knows and cares about is lost.

Cinderella: Fables are Forever #4 -The hunt for Cinderella’s longtime nemesis takes them the icy slopes of Switzerland, and they’ve managed to stay one step ahead of the assassin, but is their luck about to run out?

Birds of Prey #12 -The Birds of Prey now take on the dirty jobs no one else wants to touch, and it will force Oracle to use her operatives as pawns in a battle for the soul of Gotham City.

First Marvel pull of the week is Daredevil Reborn #4 written by Andy Diggle with art by Davide Gianfelice.  Could this be the end for the man who for years was known as the “Man Without Fear”? Things don’t look so good for Matt Murddock, who is trapped in his own personal hell!  As he confronts the terrifying darkness within himself, will it break him or make him stronger? 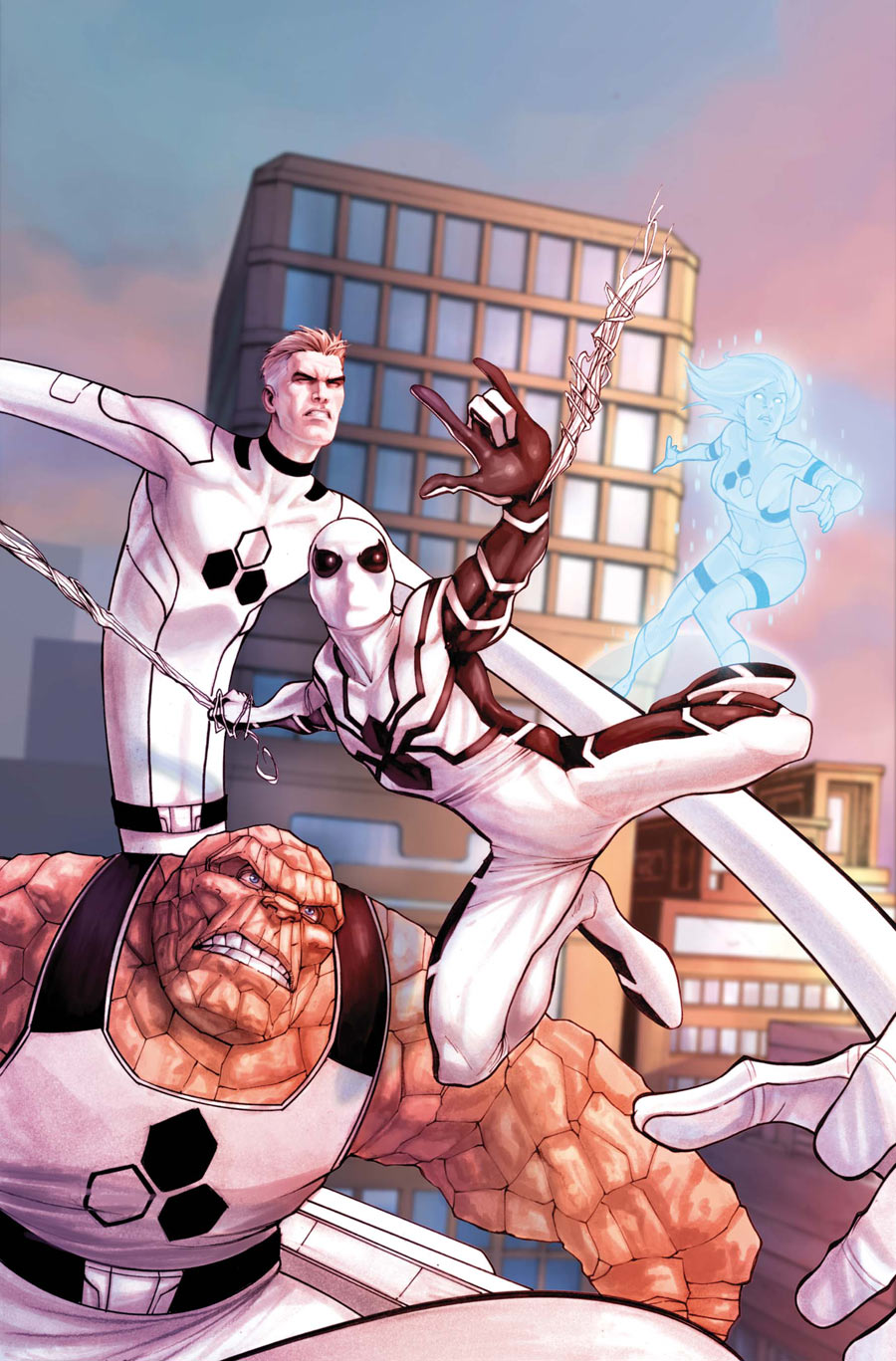 Second Marvel pull of the week is Amazing Spiderman #660 written by Dan Slott with art and cover by Stefano Caselli. Hold on to your seatbelts everyone ‘cause this issue is jam-packed! First the Sinister Six have an all out battle against Spider Man, FF, and the Future Foundation. Today’s ‘Bring Your Child to Work Day’ just turned lethal, as the deadliest villains in the world attack with the promise that this will end in destruction.  Who do you think will get their butts kicked this issue, and are you ready for the this summer’s top secret “Spidey” event?

Our final main Marvel pull for the week is X-Men Legacy #248 written by Mike Carey with art by Jorge Molina and Craig Yeung. Rogue and Magneto realize that they’ve been through a lot together, and grow closer because of it. But things turn sour, when Rogue forces Magneto to confront the horrors of his past and pushes their relationship to the breaking point.  This issue will mark a new direction for X-Men Legacy! Are you loving or hating the whole Rogue/Magento relationship?

FF #3 -Secret alliances, and faces of the past make this issue quite an exciting layer of plots. Valeria Richards strikes a deal with Dr. Doom, while the Council of Deadly Reed Richardses targets our universe, and its up to the FF along with their new recruit to end the madness.

Incredible Hulk #628 -Ex’s battle it out as Red She Hulk  partners with a mysterious villain to steal a powerful ancient artifact, and Bruce Banner must save the world and his marriage as he confronts her.

Daken Dark Wolverine #9 -“Collision” concludes with this issues X-23 crossover. Daken is forced to decide which side he is on, and X-23 must figure out who she can trust. All of this with the fate of revived Weapon X program in the balance. First Independent pull of the week is Spawn #207 written by Will Carlton with art and cover by Syzmon Kudranksi, and art by Todd McFarlane. A new story arc begins, after one long month that is sure to shock fans to the core! Twitch confronts Kim for the first time, but will he survive Jim’s growing rage?  Old questions will be answered, while new ones slowly come to the surface, and  the return of a villain brought to life in HELLSPAWN will have people talking!

Second Independent pull of the week is Lone Ranger #25 written by Brett Matthews with art by Sergio Cariello. This issue is the long awaited finale for the “Eisner Nominated” series on America’s favorite hero of the Wild West.  The Lone Ranger and Bitch Cavendsih do battle for the first and last time! Will Ranger destroy Cavendish and himself or find a way to save them both? Whatever happens we wish a Bon Voyage to the Wild West in this issue that includes interviews and additional bonus material. 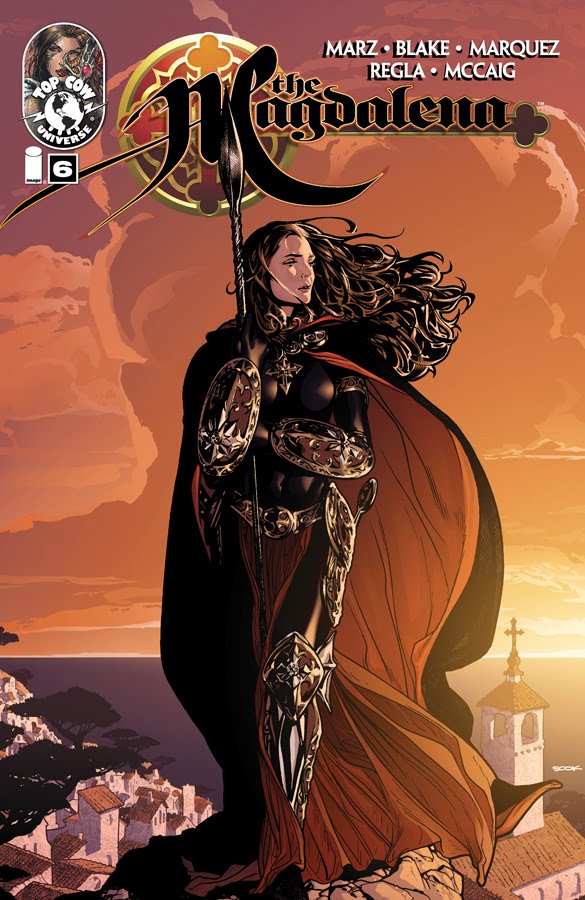 The final main Independent pull of the week is Magdalena #6 written by Ron Marz with art by Nelson Blake.  Slaying Demons and battling cult members is righteous; Rebelling against a Church Hierarchy known to be corrupt is virtuous, but what Patience now faces is more difficult than anything before! Patience confronts the Anti-Christ, and will discover how far she’s willing to go to wield the Spear of Destiny and bear the name Magdalena!

Grimm Fairy Tales #59 -Sela finds herself between a rock and a hard place with the only way out is to be made into a human sacrifice.  Can the connection Sela and the city’s High Priestess save them or lead to their ultimate doom.

Undying Love #2 -To save Mei from her vampire curse, John Sargent sets out to destroy Shang Ji, but on the way must deal with a curse of his own.

30 Days of Night: Night, Again #1 -Fleeing the site of the second vampire infestation, the band of survivors arrive at a climate change facility which leads to a bloody confrontation between humans, vampires, and an unexpected guest!