Top 10 Most Influential Nerds in Comics

Comics are a wellspring of nerd power. Nearly all of us, whether our true love is film, TV or Dungeons and Dragons, still get into comics now and then, and for a lot of us comics are the bread and butter of the nerd world. With that in mind, we thought we’d take a moment to look at the present state of American comics and try to identify the major players, the movers and the shakers, the ones who got us here and the ones who will take us further. Keep in mind as you read that we’re not trying to name the best or the coolest, but the most influential. This is about who’s got their hands in the action, OK? It’s also about who’s alive, so don’t crying foul because we didn’t put Kirby or Eisner on the list. Click the jump to read on, and if you see someone we missed, start your own list in the comments section. If you’ve gone to see any of the films released by Marvel Entertainment in the last decade or so, you’ve likely witnessed a phenomenon I call the “Stan Spot.” It happens when Marvel Comics icon Stan “The Man” Lee appears on screen in one of his now infamous cameos. For the brief moment or two that “The Man” is on screen, the theatre is suddenly divided into two camps. Those of us who recognize Stan and realize that we’ve just glimpsed a comics immortal point and whisper (or shout) to ourselves “STAN!” Everyone else, either oblivious to who he is or oblivious to what he looks like, just looks confused at why the hardcore geeks in the crowd suddenly exploded in a moment of spontaneous energy.

For decades Stan Lee has been the most well-known man in comics. Even people who’ve never touched a comic know who he is. He is the closet thing the comic book industry has to an international superstar (except, you know, the superheroes). It would be enough if he had just stopped at co-creating Spider-Man, the X-Men, the Incredible Hulk, The Avengers, Thor, Doctor Strange, Daredevil, Iron Man, the Fantastic Four and a host of other Marvel legends. But Stan the Man went further. He helped make Marvel the biggest comics retailer in the world, establish its presence as a worldwide media giant and revolutionize the way superheroes were portrayed. What’s more, he’s still working. The last of an old guard and still a true believer, Stan continues to write comics, pop up in movies, host TV shows and lead his very own nerd army via Twitter. Excelsior!

Creator: Watchmen, V for Vendetta, From Hell, the League of Extraordinary Gentlemen

No, Alan Moore did not do his last relevant work 15 years ago. The Great Bearded Wizard of Comics is still going strong, kicking mainstream work to the curb and working independently. His most recent work includes the Lovecraft-inspired Neonomicon and his continuation of The League of Extraordinary Gentlemen with Cenury. Besides the work he continues to do, Moore is noteworthy for being on nearly every list of the greatest comic book creators ever, as well as being an influence on everyone from Neil Gaiman to Joss Whedon. Even after he disappears into some sort of magic-induced coma one day, Alan Moore will still be revolutionizing comics on some kind of astral plane. Spiegelman changed comics forever when he wrote Maus, a Holocaust memoir that earned a Pulitzer Prize for its use of the graphic medium to portray one of the great tragedies of the 20th Century with sensitivity and profound intelligence. Today, Spiegelman keeps making comics and travels the country speaking on why they matter. He’s the de facto spokesman for the medium, and there couldn’t be a better one.

Known to his close followers as “Internet Jesus,” Ellis has become in many ways a symbol for the new wave of comics. He creates constantly, across a wide range of genres and mediums. He’s a webcomics guru who manages to cross-pollinate between creator-owned and mainstream properties, and his web presence is legendary. Forget the present. Warren Ellis is the future. 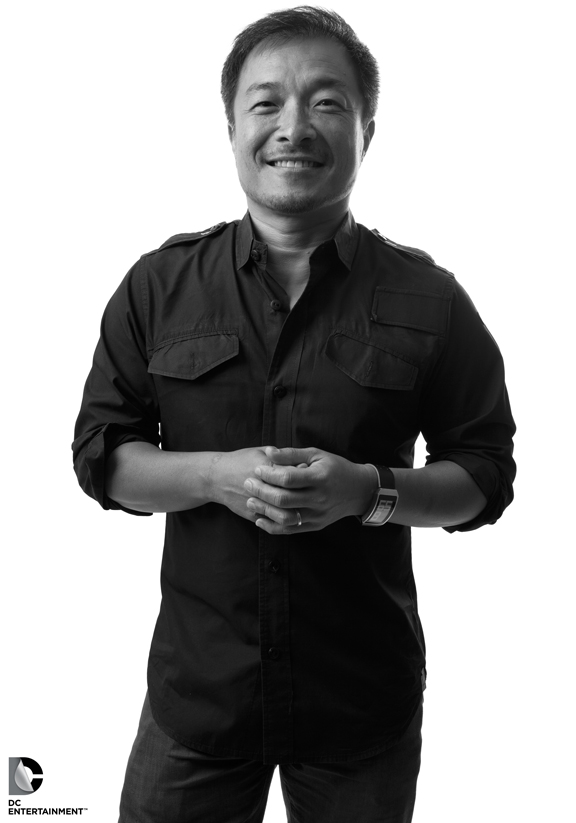 Jim Lee began his career as a killer artist, and quickly became one of the most sought-after in the field. He went on to become one of the co-founders of Image Comics in 1992, where his Wildstorm Studios quickly became one of the biggest independent producers in the business, before he sold the imprint to DC Comics. Today, he’s among the biggest of the big wigs at the home of Batman, Superman and Wonder Woman, and helped engineer, among other things, DC Universe Online and the massive DC Universe reboot of 2011.

Quesada has been at the pinnacle of the comics industry for more than a decade. He’s been the guiding force of much of the Marvel Universe since 2000, launching the Marvel Knights line, the ultra successful Ultimate Marvel line and overseeing companywide story arcs including Civil War and Secret Invasion. Though he’s more of a big picture man at the company now, Quesada is still deeply involved in every aspect of the Marvel universe, including the company’s ambitious load of film and TV projects.

Grant Morrison is among the most prolific writers working in comics today, and one of the most recognizable faces in the industry. The mystique surrounding him is so great that he’s seen in some circles not so much as a writer, but as a force of nature. His work on Batman changed the character forever, and his groundbreaking series The Invisibles is still considered one of the great counterculture works of the 1990s. His book on superheroes as a cultural phenomenon, Supergods, is out later this month.

Before Image and before IDW, there was Dark Horse. Mike Richardson founded his company in the mid-1980s from his chain of Oregon comic shops, and today it’s the leading independent comics publisher in the world. Their titles include a host of Star Wars comics, Joss Whedon’s Buffy the Vampire Slayer: Season Eight, Frank Miller’s Sin City and Mike Mignola’s Hellboy. Enough said.

After a long career in television, Dan Didio joined DC Comics in 2002 and never looked back. Today, along with Jim Lee and Geoff Johns, he’s running the joint. His work was recognized with the first ever Wizard Magazine “Man of the Year” award in 2003.

Geoff Johns had his hands in nearly every corner of the DC Universe for more than a decade. He’s revitalized characters like Green Lantern and The Flash, written for Smallville, overseen DC’s creative department since February 2010 and served as chief writers for DC Universe Online. He’s also had a big hand in the big DC Universe relaunch coming later this summer, collaborating with Jim Lee on the very first DC reboot issue, Justice League #1, set to debut August 31.